Life is what you make it. 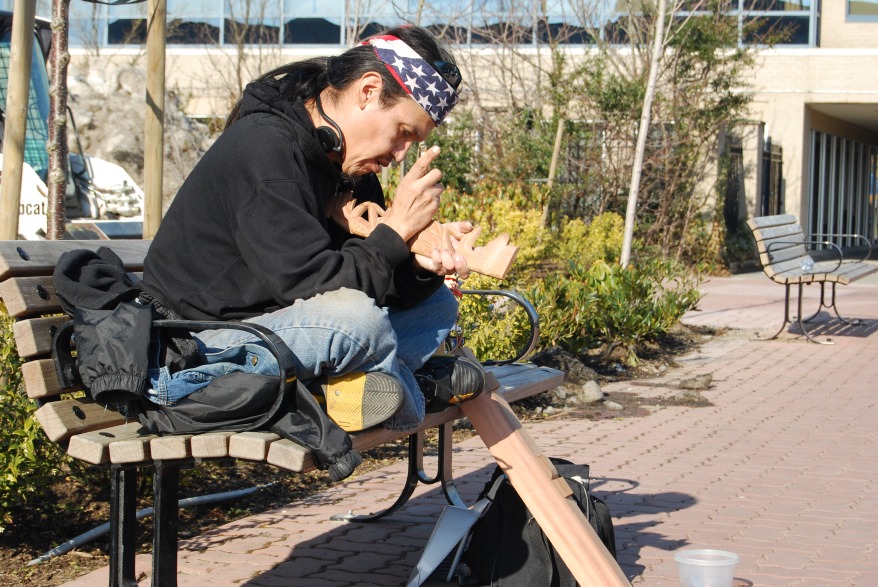 It was his intense focus and concentration that stopped me in my tracks,palpable even from several paces away. Moving the blade of his pocketknife with the  ease and delicacy of a surgeon, he deftly removed targeted bits of wood and blew the dust away to survey the results.

I watched as if hypnotized, noticing the way he narrowed his eyes  as he examined his work-  in displeasure or mere thought I did not know.

Pushing my stroller closer, I walked over and asked him what he was carving. He held up the piece he was working on, and the artistic quality of his work was stunningly clear.

In a very humble manner, as if caught off guard by my questions, he explained what each character on the pole he was carving represented, the beauty  and pride in his words shining more bright than the sun beating down upon his face. 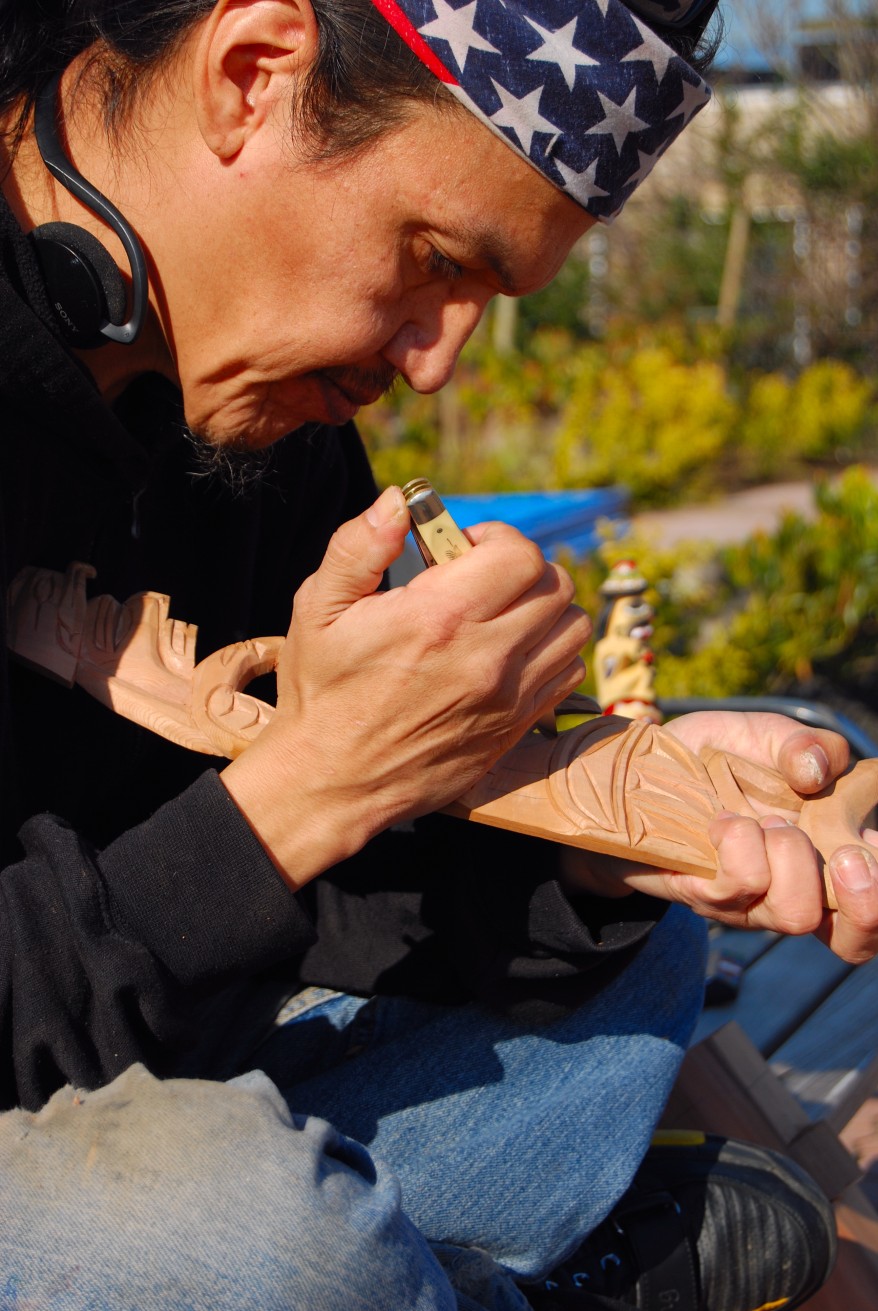 Well, it started out more like me asking questions, with a bit of silence  from him before he  finally answered each one thoughtfully.

He didn’t come right out and say it, but I’m pretty sure he was wondering why a woman with a baby and a camera was suddenly wondering what he thought about so many things, and how he came to be on that bench carving.

A little late, introductions ensued and gradually  the conversation began to flow.

His name is Eric Williams, and he is an artist – although he does not seem to think so. And although he is a bit reticent at first, he has many stories to tell, so stop and say hello if you should see him carving one afternoon.

His road has not been an easy one at times. Abandoned by his mother when he was 4, a doorstep was where she left him for others to care for.

His youth was spent in and out of various foster homes and family. He  had  limited experiences with drugs, but alcohol was what eventually drew him in for a spell. He doesn’t tell me this for sympathy,though – I get that. It’s just fact of where he came from.

He hasn’t had a drink in a long time though. That was then, and it’s in the past. We can’t live in bad memories.

This is now. Now Eric pursues his carving. Sometimes he carves along Robson Street in Vancouver, but he’s giving Newton a try. Not selling much though – this area doesn’t have a ton of money. I asked him how much he  would sell the piece he was working on for, and he told me : ” about $55- 60.”

” Robbery!!!” I shouted. He just shrugged. He likes to work with people on the price.

His mind is sharp and thoughtful, and he always took a moment in consideration before replying to my( many) questions.

We talked about Surrey, and about the recent violence among gangs. He  doesn’t agree with the violence, but he understands wanting to belong somewhere. ” It’s a powerful feeling, to belong , to have people that care about you.”

A true gift, this skill of carving. Long after Eric, and you, and I, are gone – his work will remain  perhaps, on someones wall in their home or office.  When people ask who did it, they will tell them it was Eric Williams, the carver.

The wind blew  up sharply, and one of those natural silences fell upon us. I seized the moment and asked him if I could take a few photos for my site, when a friend of his showed up. Not wanting to interrupt their conversation, I knew it was time to move along.  As I knelt to get the shots I wanted, I couldn’t help but overhear a bit of their conversation.

” Not much, just carving. Trying to be an artist one day.”

I looked over at Eric again, sitting in concentration, a small container on the ground in front of him for donations, and some beautiful carvings on the bench beside him – and shook my head.

What do you mean ‘trying’? I asked. 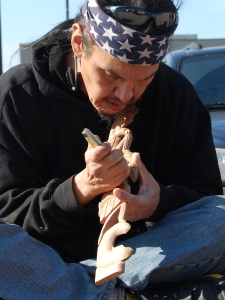 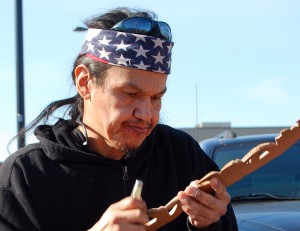 – Eric Williams, native artist/carver. You can find him either on a bench on 137 street, just north of 72nd,  in Surrey, or carving on Robson street in Vancouver. I will post further contact information for him, shortly.