” Never underestimate the predictability of stupidity” or… “How the BC liberals are now overspending to fix the corrections crisis they created.” 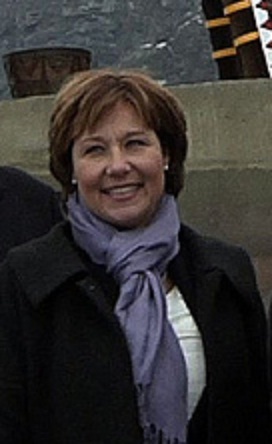 Indeed, one should never underestimate the predictability of stupidity, in particular when it comes to politicians and government – case in point, the BC Liberals…As you heard here first, Christy Clark made the announcement yesterday that the Osoyoos Indian Band has been selected as the party who wins the opportunity to host a new prison here in Beautiful B.C.

Yes, the bells and whistles rang as the Queen of ” Gosh Darn, I am just so amazed to present this opportunity”  heralded the new (P3, no less) prison plan that she says will bring greater public safety, lots of jobs and all sorts of other wonderful feel good benefits.

Fair enough, Christy. Questionable at best Attorney General Shirley Bond even had the balls to toot the governments own horn on how this particular project is the first part of the Gosh Darn amazing Liberals phase 2 of the super amazing corrections capital plan !!  Yes, the Liberals have been making “record investments”  in the corrections system here in BC .Three other capital projects have already been completed or are now underway as part of Phase 1 of the Province’s corrections capital plan:

Ahhhhh… smell the fresh air… the winter jasmine… the super amazing BS spin that only the BC Liberals spinmasters can concoct- and Olson on your side is leading the pack for them. Sad, he really is no longer, “on your side.” ( But I digress)

Rest assured, we do need more corrections facilities in BC, absolutely!!

After all, since 2001, the BC Liberals closed 10 jails in BC, trying to pinch pennies on their budgets, closing the minimum and medium security jails and moving all the prisoners to maximum security facilities.   You can read their action plan from 2002 – 2005 in this PDF document HERE public_safety_and_solicitor_general

Yes, they closed them, moved the prisoners and put the then supposedly ‘surplus’ inventory up for sale, sometimes not even indicating an asking price, as detailed in this older news article archived by another site. A cursory search indicates some of the properties were sold for mere pittance compared to the cost of building any of the new expansions, and a tiny fraction of the cost of the new prison slated for Oliver.

One facility, the Bear Creek Correctional centre, has changed hands several times and remains to this day vacant and empty, surrounded by fencing to keep out vandals. The sawmill has been dismantled on site, but apparently the buildings remain. Why not simply purchase it back and do what needs to be done to get it up and operating? Could this be done with any of the other sites that were sold? What the hell were they all thinking?

One would wonder if it is a particular brand of stupidity that makes a premier talk about the amazing investments her government is making in corrections, when she was actually still a sitting MLA under Campbell when all these cuts that led to the current disaster were made in the first place.

She’s walking on very shaky ground on this issue, among others,as her past history has proven impossible to shake. But never forget, simply tossing her out and replacing her with a new leader is not going to save this sorry bunch, most of whom have been right alongside the great one past and not so great one present, the entire time. Not just closing prisons, but also closing courthouses, family justice centres, probation offices, and on.. and on. Just head back up to the top and read my ” 1oo Reasons the BC Liberals must go” if you really need a refresher. It remains on the top of this blog until they are gone, and feel free to add to it with Ms. Christies crackers faux pas.

I would remind you that this corrections issue is not the first contrived rescue scenario played by the Liberals, who cut personal income taxes straight to the bone over the last ten years, then used the resulting lack of revenue as a justification to promote P3’s, the HST, business tax breaks, you name it. And yes, Ms. Clark was still fawning over Campbell in much of that time as well, as much as it makes me shudder to think of it again. But back to the state of corrections in British Columbia.

Never forget that it was because of every cut made by the same BC Liberals who even now, even now, claim economic restraint yet spend thousands on a SuperBowl ad, as if people watching the Superbowl are really concerned about her gosh darn amazing jobs plan.Seriously. Between her and Falcon there is no hope, none whatsoever.

So, in light of the latest attempt to fix what they broke, I thought it fitting to offer up the headline as a campaign slogan for Christy and crew: