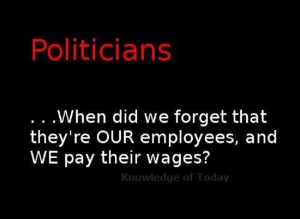 On the eve of what is most likely going to be a change in government in this province, one would think that I would be exceptionally excited about all of it. After all, I’ve spent many years researching and writing stories on the current Liberal government, holding them to account.

Sadly, over the last two years I’ve come to the realization that electoral change is desperately needed for any form of real democracy to exist in this province, and a big part of that change must come from with the parties themselves.

As we near the date of the upcoming election when voters will go to the polls to choose the candidate they believe will represent them in the legislature, I wonder: do they consider how well that person will be able to do that? Do they consider whether or not the party that candidate is a part of, truly allows each MLA a free vote?

Do they think about how they would feel if they discovered their MLA voted in favour of something that was not in the interests of their riding…because if he didn’t he might be disciplined for it? Or perhaps even worse, politically shunned and ignored, in essence persona non grata?

As I sat and watched the new documentary Whipped, by Sean Holman, where he speaks with several former MLA’s about their experiences with party discipline, at one point I actually found myself in tears. I can’t explain it. They just started rolling down my cheeks. I was just so mad, so disappointed, so disillusioned.. and I felt very bad for the many voters who were cheated of representation because of it. I wondered how those same voters would feel, watching their former MLA speak so honestly, and with remorse, about not being able to represent them the way they deserved.

It’s a fact that many political parties will discipline those MLA’s who do not vote with the party line. Sean Holman addressed this in an open letter he wrote to first time political candidates, published on the Huffington Post:

As you may have heard, MLAs belonging to both the BC NDP and the BC Liberal Party are usually required to vote the party line.

That means a party with a majority can essentially do whatever it wants in the legislature — so much so that last time a government bill was defeated was 1953, the same year Joseph Stalin died. But those numbers also suggest, as one former MLA told me, “There’s got to be times — random chance if nothing else — that some of us actually disagree with what we’re voting on.”

It’s a position, if you’re elected, you could find yourself in.

The reason that’s tolerated is MLAs are supposed to have a chance to discuss the public’s business in private before coming out with a position each has agreed to uphold. But, because of cabinet and caucus confidentiality, British Columbians really don’t know if those secret debates are actually taking place.

Your party leaders and campaign handlers, of course, would know. They might not feel comfortable talking to you about this subject. But if you come to the première of my documentary, you’ll discover such discussions sometimes don’t take place.

For example, another former MLA told me he found out about a major government decision just 45 minutes before it was announced. That decision went against the interests of his constituents. Nevertheless, he said, “I have to be there in the legislature, pounding on my desk, smiling.”

” … the decision went against the interests of his constituents.”  It makes you wonder what you were elected for when you can’t speak up without consequence for the interests of your  constituents. It is, without a doubt, a profound conflict of interest between the people and the government.

When I first wrote about the première of Whipped,it was clear by the discussion that followed in the comment section, that it’s a very contentious issue that many people in the Liberal and NDP party don’t want to talk about… or want to change. But it’s a discussion that needs to be had and this moment is the perfect time to start the dialogue, as you consider your choices at the polls. There will be many things you might consider when making your choice at the polls- this is definitely one of items I will be considering.  Solid,independent candidates are becoming an increasingly attractive choice for many voters who are tired of party politics.

Remember the HST? Those Liberal MLA’s who supported the HST – and their party – over their own constituents demands, may pay the price for towing the party line in a few short days. Would your MLA stand up for you? Would you even know it, if he or she did not?

Whipped is replete with self-reflection and regrets, and a testament to the illusion of democracy as we perceive it. When you consider that 99.75% of votes cast in the BC legislature followed the party line.. it might be time to do some self-reflection of your own right now… to avoid having your own regrets later on.

46 thoughts on ““There has always been, and there is now, a profound conflict of interest between the people and the government…” ~ Howard Zinn”