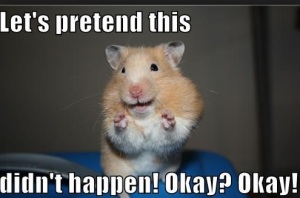 Well my friends, you know by now how it works, right?

Governments of every level, will release ‘bad’ news stories they don’t want the public to pay attention to on a Friday night, or in the middle of a massive news distraction( like floods in Alberta and BC), or even better, on the cusp of a long weekend.  The rationale is that regular people will go about their business on the weekend and forget by Monday morning…

Likewise, if the government has good news they want to share, they tend to release it early in the week so they can milk it news-wise, for the rest of the week.

So would it be any surprise to find this story making the rounds after 7 pm on a Friday night? http://globalnews.ca/news/663265/health-services-authority-ceo-removed-for-giving-pay-hikes-behind-closed-doors/

The Provincial Health Services Authority president and CEO has been removed after it was discovered salary increases were given to senior management in the organization without the knowledge or approval of its board of directors.

Lynda Cranston, who had been President and CEO since 2002, “will be relinquishing her duties as PHSA President and CEO effective immediately,” according to a press release by the PHSA. She will formally retire at the end of July and receive no formal severance.

In their release, the board indicated they would attempt to reverse the pay increases handed out.

“Given that some of the increases violated government guidelines, the Board is reviewing its legal options for addressing the raises which were not in compliance. The Board will also meet in the days ahead to review measures that can implemented to ensure this situation does not occur in the future.”

The PHSA is responsible for working with the five regional health authorities to deliver high-quality specialized services, along with operating specific services including trauma and chest surgery. In 2011-2013, Cranston received a salary of $351,008 in salary – one of five people in the organization to make more than $250,000.

Health Minister Terry Lake voiced his support for the decision, saying he was “disappointed to learn that the wage policy of government was not followed.”

“The provincial government entrusts health authorities with the delivery of quality health care to British Columbians and expects budgetary direction to be followed,” he said in a release.

“It is important for all British Columbians to have confidence that the finite health dollars we have available during these difficult economic times are directed where they belong – into front-line care.”

The PHSA has not disclosed the number of pay increases approved by Cranston, nor their size

Hmm. Isn’t that just something.

Seniors, the people who built this province, are getting tossed around the block over wheelchair rentals, fees and purchases after contributing a lifetime of work to support their families, and their communities.

There is a backlog and waiting list for assessment’s, treatments, surgeries and therapies of all kinds across the province… and here we have Ms. Cranston handing out the pay raises, unapproved and secretively.

Considering the PHSA has not released the number of pay increases Cranston gave out, or the size of them, ( and may not without FOI requests, we can surmise)I would think there might be a bigger story here to come.

Considering her name has already been removed from the executive list of PHSA, I think this is not news at all to the BC Liberals – the question is, when did the provincial government find out about this and how long has this been going on?

And is this yet another indicator of  ‘you get what you voted for’?