They say one picture is worth a thousand words and if so, this screen shot from former MLA Harry Bloys business website tells a very interesting story.

In particular, this little gem Mr. Bloy shares, anecdotally from an employer:

” Workers from Asia have an excellent reputation of being experienced, dedicated and punctual. “We find the workers from Asia to be qualified. They come ready to work every morning and they are willing to work any extra hours. It is a pleasure to have them as part of the team,” says one of the employers”

According to Mr. Bloys business website, BC alone is facing a shortage of a million workers over the next 12 years. What makes this particularly interesting to me, is that Bloy was one of the figures involved in the Ethnic-gate scandal, and later resigned over an email he shared with the subject of a Vancouver Province news investigation.

On the ‘About’ page of Mr.Bloys business, it states the company ” brings Foreign Trained Skilled Workers from Asia to fill vacancies for Canadian companies”, in addition to a number of other services.

Of course, Mr.Bloy is no stranger to the Temporary Foreign Workers program, having participated in a Temporary Foreign Workers Roundtable event with MLA Stephanie Cadieux and former MLA Margaret MacDiarmid in Port Moody, as shown in this screenshot of a tweet from his twitter account, which is no longer available except in cached form. Inquiries to Mr. Bloy went unanswered. 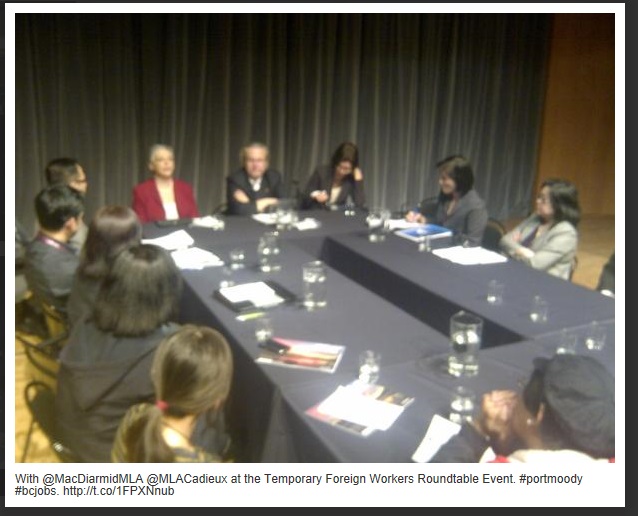 H/t to a follower on twitter for the heads up. Click on the images to see a larger version. 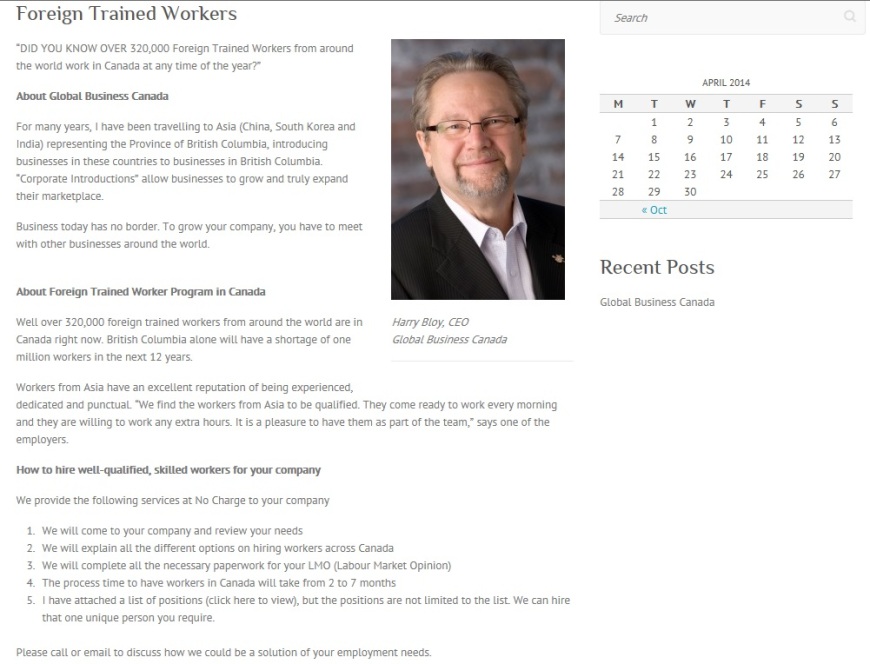 18 thoughts on “**Updated : And would those “Foreign Trained Workers” be…. temporary, Harry Bloy?”