Normally at this time of year, political chatter dies down as politicians and media take their vacations and give everyone a much needed break. In Surrey however, the political scene just keeps heating up, as former Surrey mayor Doug McCallum tossed his hat officially into the ring again today.

To the thousands of new Surrey residents who’ve come to the city in the years since he’s been gone, he appears to be making a great deal of sense. In fact, the large majority of his basic points touched on today are remarkably similar to the platform and vision presented in the last election by mayoral candidate Ross Buchanan.

From the move and costs of the new city hall, the real state of crime in the city,to trimming costs and dealing with the horrific state of roads in the city, Doug McCallum hit every single issue Ross campaigned on and the buzz today among those unfamiliar with the issues that lead to his eventual loss to Dianne Watts, was definately one of curiosity.

However,the reaction of many long-time Surrey residents to this news, has been anything but curious – many have told me they feel so strongly opposed by his return to the political scene that they will put their homes up for sale if he were to win. McCallum is a polarizing figure to many: you either like him, or hate him,and there is no in between. 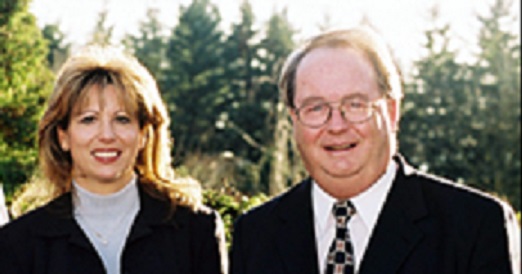 The anger runs deep and long among his critics, not unlike a stubborn wound that refuses to heal, and for good reason.

Many of the issues the city still struggles with are the direct result of policy and planning decisions made during McCallums time as mayor. This article from the Vancouver Sun written in 2006 about Dianne Watts, touches on where and how it all went wrong for McCallum before his stunning defeat:

…Her (Watts) penchant for speaking frankly put her on a collision course with Mayor McCallum who didn’t suffer dissidents on his own team gladly.

Watts and McCallum clashed in April 2003 over his troubled relationship with the Surrey RCMP. An e-mail was leaked to the media in which McCallum criticized an RCMP superintendent for sending out news releases that McCallum thought portrayed Surrey in a negative light.

Watts quit SET after McCallum removed her from the public safety committee. Watts said at the time that she would sit as an independent because of McCallum’s “abusive behaviour” and because the mayor told her “that I should bring motions forward to have RCMP officers fired.”

Watts described McCallum’s style as “aggressive and domineering,” and added that “the more you stepped out of line, the more domineering and aggressive he became.”

Watts decided to take on McCallum because “like many of the residents in the city, I really saw the city at a crossroads and we just could not continue down the path we were going.

“In prior years it was development at any cost: tens of thousands of trees being destroyed, development over natural areas, strip malls at every corner.”

Indeed, there was growing unease with the city’s excessive growth. People were finding, for example, that it was taking them 20 minutes just to drive through a four-way stop intersection like the one at 32nd Street and 168th Avenue.

Many south Surrey residents were concerned with the new mega-mall development called Grandview Heights with its three big-box stores.

But by the autumn of 2005 many Surrey insiders sensed that the city’s political landscape had shifted, he added.

What set off the tremors was McCallum’s handling of an investigation into allegations of sexual harassment against a senior manager at city hall.

The harassment scandal received huge coverage in the local media throughout August and into the fall — to McCallum’s detriment. The mayor was seen to be operating in a heavy-handed manner without regard to proper process or to the community’s wishes.

Full stop for me, right in those paragraphs.

The city of Surrey is still growing tremendously, and the struggles of unchecked development at a pace that has exceeded the ability of the provincial and federal governments to keep pace with funding, are stark. It did not stop with McCallum, but continued under Watts.

Crime is still very much front and center for most residents, and it’s not just Newton feeling the concern. We’re a border city, and with that comes the associated issues of being an entrance/exit point for drugs,weapons and money laundering. The trickle down impact of that creates a large amount of petty crimes, which are hard to get a handle on.

Neighbourhoods and high density housing are popping up everywhere, and when a new school is finally opened, it’s already over capacity. Older schools are losing play area to portables. Many areas of the city don’t even have sidewalks and seeing moms with strollers walking alongside roads is not unusual…. nor is it safe. The roads are indeed in a horrible state, a patchwork quilt in fifty shades of grey from being dug up, repaired and dug up again the next time a new home or development goes in.

We have city planning that allows new development in the middle of nowhere, completely inaccessible by transit and instead of a cohesive city, we have, in essence, many small towns competing with each other for dollars and infrastructure. And competition between resident associations doesn’t create community, it divides it.

At some point, someone has to say it’s time to step on the brake and slow it all down.

It’s not acceptable for local politicians to abdicate their personal culpability for creating this situation by saying it’s the provinces fault for not keeping pace with our growth…. how about planning growth around and in conjunction with the provincial ability to provide?

It’s just commonsense, something that Surrey at times, is sorely lacking.

But here is the fifty million dollar question…

Where has  Doug McCallum’s voice of outrage been all these years, as a Surrey resident, calling for change?

Where was he in the last election when the costs and the move of city hall were first brought up?

Where was he when in 2008/2009, the city was under siege in a gang war that left local politicians under heavy fire in the media?

In fact, in talking to involved residents throughout Surrey, no one has really ever seen him at any community meetings, or forums, or holding the current mayor and council to account…until it became an election year.

Suddenly, he’s outraged,concerned and everyone’s new best friend….and he’s going to save the city from the very same issues he left it with the last time he was in power.

It will be up to the voters to decide if McCallum is worthy of another run, and to examine his past record and his work or advocacy in the community since then( or lack of it), because as the old adage states: “Actions speak louder than words.”

9 thoughts on ““Politics: A strife of interests masquerading as a contest of principles.” Ambrose Bierce”