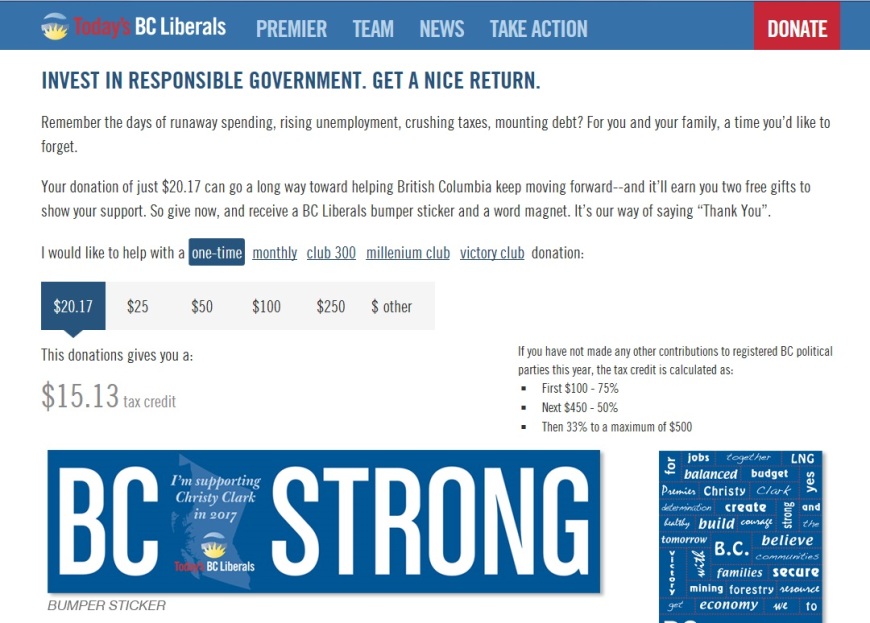 No… this did not come from The Onion.

But seriously…no joking now… considering the recent release of the public accounts I just blogged about... that show that under Christy Clark,Queen of LNG fantasies:

“For a government that sought re-election on the promise, blazoned on the side of the campaign bus, of a “Debt-Free B.C.,” the public accounts released this week provide a sobering reality check.

Total provincial debt as of March 31, the end of the last financial year: $60.693 billion.

Total provincial debt inherited by Christy Clark when she took the oath of office as premier in mid-March 2011: $45.154 billion.

So, just so I have this correct… humour me now…

The Christy Clark BC Jobs Plan is a dismal failure… http://www.cbc.ca/news/canada/british-columbia/reality-check-b-c-s-jobs-plan-1.1401889

The public debt, as shown above, has grown…

And Christy Clark still wants you to invest in a responsible government???

Please tell me that I am not alone in seeing the hypocrisy in this donation request for the 2017 election… or in wondering how much support Premier Christy Clark really has among her own caucus?

… and I haven’t even started on why this is so just so, so wrong, on so many levels… least of which is the lack of attention this government has given to what really matters: Education.

11 thoughts on ““INVEST IN RESPONSIBLE GOVERNMENT.GET A NICE RETURN””