‘Our posterity will wonder about our ignorance of things so plain.’ ~ Seneca 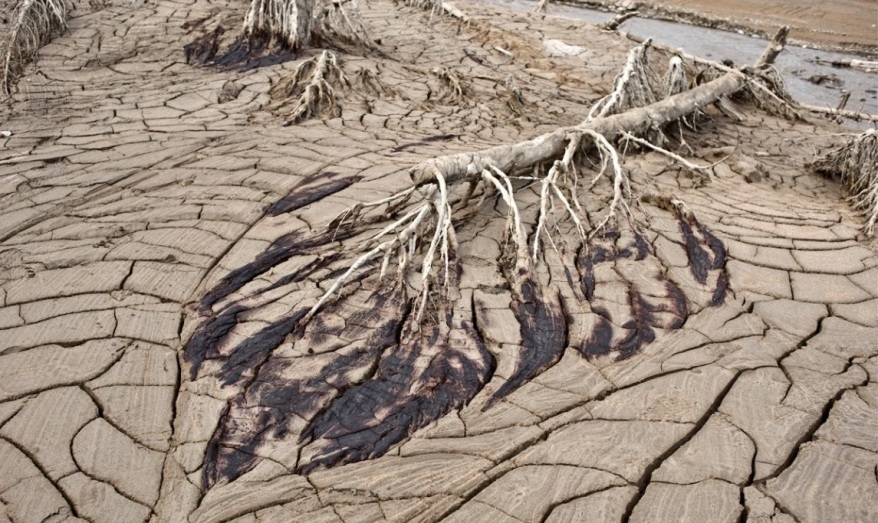 “We are being made aware that the organization of society on the principle of private profit, as well as public destruction, is leading both to the deformation of humanity by unregulated industrialism, and to the exhaustion of natural resources, and that a good deal of our material progress is a progress for which succeeding generations may have to pay dearly.”
― T.S. Eliot

25 days ago the good people of Likely and surrounding communities were awoke to a roar that many still say ” sounded just like Niagara Falls.”Except there aren’t any waterfalls near that size in the area and the roar was the sound of billion of litres of wastewater, and solid tailings obliterating local creeks before flooding into lakes and rivers.

And there, it stills sits with chemical scents so overwhelming they make one feel nauseous, and swirls and worries locals who still refuse to drink the water and I don’t blame them.

With weeks having passed, so much still bothers me about all of it. That this was no accident and should never have happened.  ( fantastic blog with many Mt.Polley posts worthy of reading)

That some with positions of public influence are mocking others who call this a disaster. It may not be a disaster to someone who doesn’t live in the community or rely on its natural bounty for sustenance and commercial economic activity, but it’s a disaster on many levels nonetheless.  And why nothing is really being done yet, 25 days later other than discuss whether or not perhaps it would be the ,, , “best” course of action to leave the toxic sludge alone, is incredibly worrisome and why this story must be followed continuously.

The news that the water is fine to drink was enough to slow the panic down, until it was discovered there very well may an interflow between waterways that is allowing a layer of polluted to exist within cooler and warmer layers.. meaning that the sediment did not all disperse as previously thought. And that fact that ongoing water test results are based on samples taken in some cases, weeks earlier, is hardly reassuring.

As initially linked to in an earlier paragraph, there remains a sediment cloud in the lake that moves, and changes water quality,taste and appearance. It may very well be that what is safe in one testing area on one day, changes a week later as the sediment cloud moves – which is why they are testing that now as well.

Toss in the blue sheen witnessed and sampled by Alexandra Morton, thought by ministry officials to be organic in nature as per ‘the poke test’. Tested for two forms of organic compounds, but apparently for nothing else as far as I can see on the initial tests, the sheen was not only found near debris, but also out in the lake and in the Quesnel river.

And of course, you’ll be totally fine to eat the fish as long as you don’t eat the gonads….worrisome because this is still so early in terms of monitoring accumulated levels in fish and other species, which can build up over years. Will salmon and trout spawn successfully in this water? Will the hatchlings survive? What will be the impact as bear, eagles, coyotes and others eat the fish, and it is passed down the food chain?Will humans be able to eat this fish long term? The moose or dear that graze on the foliage and willows that grow along the banks? What about berries or wild foods collected by many First Nations?

The fact is, an incident of this great magnitude hasn’t happened before in Canada, so no one really knows what’s going to happen and in my opinion that is why every effort must be made to mitigate ongoing contamination. In reading through the various memo’s to sample results posted on the governments Mount Polley update site, there are too many “at this time” ” however more monitoring is needed” etc etc.

Despite concerns over drying sediment being carried in the air by wind, there is no air quality assessment done. There is still no talk about the impact on anything other than water and aquatic life.

It’s all quite up in the air and still very much a fluid situation for all purposes. With fall and rain on it’s way and later on the snow of winter, the sediment that shows evidence in photos taken of what appear to be chemical reactions and leaves a heavy chemical smell in the air, is unlikely to moved in time. That raises even more questions as to the impact of heavy rains and melting snow on toxic, heavy metal, chemical laden sediment that surely will be washed into the water system all over again.

And that’s a huge concern. The response to this failure of policy and industry has been a complete and utter failure, slow and lethargic. The only thing that happened quickly was  the efforts to get payments reached with some locals at a time when the full impact of the failure was clearly not known – it still isn’t nearly a month later – an unconscionable action worthy of scorn in my world.

It’s not enough to makes some conciliatory actions, toss out some cash and pretend it’s ok just because it didn’t happen right along the highway where everyone could have seen it. Because if this had happened in a highly visible area easy to access for the general public you and I both know a full clean-up would have already been well underway for the world to see. That’s sadly, kind of how it works.

The Yuct Ne Senxiymetkwe Camp has released their own initial assessment today and it’s worth the read. They will not let this one rest.

Today marks the start of the long weekend we celebrate Labour Day and instead of thinking about relaxing I’m thinking about the good people of Likely, and the surrounding areas who chose to make this area their home.

They have everything on the line and there is still so much to be seen in this area. Please think about driving up or flying to Williams Lake and renting a vehicle to get to Likely. Stay at the Inn, talk to the people, explore the area and most of all learn. Take your own water. There is so much to see and do and learn in the area.

Learn how a community deals with something so large and so public that it threatens their jobs, their homes and their way of life.

Learn why it’s important for each of us, no matter where we live or what the industry around us, to know how and if our government regulates them.

Take a bit of Likely home with you, because we all are in this together and the community needs help.  We can’t leave these people behind, and we must not let this happen again.

“Something will have gone out of us as a people if we ever let the remaining wilderness be destroyed; if we permit the last virgin forests to be turned into comic books and plastic cigarette cases; if we drive the few remaining members of the wild species into zoos or to extinction; if we pollute the last clear air and dirty the last clean streams and push our paved roads through the last of the silence . . .”
― Wallace Stegner, The Sound of Mountain Water