Shirley Chisholm, a former American politician really wrapped it all up when she said:

‘There is little place in the political scheme of things for an independent, creative personality, for a fighter. Anyone who takes that role must pay a price.’

Indeed, they do pay a price. While many consider the three slates dominating both the media and conversation in Surrey to be coalitions of independents,in reality it’s hardly independent when every candidate adheres to the platform of the slate.

As in every election there are a number of true independents who are running on their own, and as most independents do, on low budget campaigns. For this reason they are immediately disqualified as  serious contenders because clearly anyone wanting to win an election must spend upwards of a million dollars… right? Wrong. In fact it’s rather revealing to see how media impacts democracy in action, when candidates like these are left out of important debates because they ‘aren’t credible’.

There are a few independent candidates this year that in my opinion, stand out and have been receiving rave reviews from residents who’ve seen then in debates,but haven’t gained the media’s attention. It’s sad because between them, they bring a lot of experience, passion and on the ground community dedication and service.

Grant Rice is the man to go to for all things Surrey. In fact, residents who’ve seen him in the candidates meetings are so impressed that they often ask why he hasn’t run before! In fact, he has….but his light wasn’t able to shine the way it should have in previous elections. A north Surrey resident, Grant is an accomplished man, with a diverse and pertinent resume befitting public service.  He understands sustainable development and urban planning,something the city of Surrey could really benefit from. And, he knows where all the skeletons are in Surrey city hall – few know the state of finances in the city like Grant does, so this man is definitely worth a second look:) http://www.grantrice.ca/ 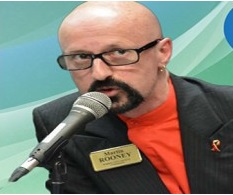 Martin is a man who has gained the support of a very diverse group of residents, businesses and politicians in Surrey already, largely as a result of his extensive advocacy and support work in the community here and elsewhere. A Whalley resident, his interest in representing the people of Surrey is evident in the focus and passion with which he engages residents and issues alike. Martin has a proven track record of creating alliances and working with others to achieve great results -one of which was overturning the travel ban imposed on people with HIV travelling into the US when he was refused entry – and his work on HIV awareness and testing is award-winning. Martin is one of the few candidates to address the issues of homelessness and poverty in the city, and is committed to a safe,successful community for all.

I can’t even pretend to be unbiased when it comes to Martin. We just met in the early stages of this years election campaign and while the warmth of his Irish charm drew me in, it was the passion for change and service that won my respect. He really cares, and he understands what life is like for those living on low incomes. Check him out at http://www.martinrooney.ca/

John is yet another candidate whose charisma and warmth immediately engages people and perhaps comes as a result of his background in Rotary and healthcare. Another candidate with a proven track record of on the ground service in our community, he has served in a number of roles in Rotary, including past president. A Newton resident, he strongly feels the city has failed on a number of fronts,including public safety. One of his ideas that caught my eye is the creation of a Citizens Police Advisory Committee, but you can check out his entire platform at http://www.edwardsforsurreymayor.com/#!platform/c1flq

Stephen Gammer kind of came out of left field and appeared with Brenda Locke, running together as Team Surrey. This came as a surprise to many who had seen Brenda doing the events rounds with Barinder Rasode over the summer as speculation thought Brenda might run as a member of Rasode’s slate. Nevertheless, Team Surrey has taken the leading role in bringing attention to the cities most forgotten citizens, our homeless, mentally ill and addicted street residents.

Stephen again has a strong record of community involvement with our communities less fortunate and a strong business background as well.  He also lives in ‘city centre’ aka the heart of Whalley. He get’s it,he’s a get it done kind of  guy and he’s not afraid to address these kind of difficult issues head on, and with compassion. Check him out at http://www.surrey.ca/election2014/candidates/476.aspx

Consider an independent voice on council, and check back later on for one final post to wrap up my thoughts on this years election!

10 thoughts on “Countdown to Surrey Votes 2014: The Independents.”