“People want responsible leadership. On big issues, they are not going to sit in their homes. They will act and press for action.”

It’s a hard job being a politician.

From the moment you announce you are running until after your career ends, everyone wants a piece of you.

Questions, questions and more questions! All these bloody questions! And accountability- you mean I have to be accountable too? Damned if you do and damned if you don’t. Sometimes, it’s enough to make even the most seasoned politician want to duck for cover and there lies the difference between a real leader and someone who just likes the position and title.

The news today brought forth a crisis for Vancouverites  in the form of leaked bunker crude/fuel from a grain tanker in English Bay.  It  reportedly started around 5 pm on Wednesday and with all the pandering of pipelines, LNG and the resulting tanker traffic in coastal waters, one would have expected something close to a world-class response.

In fact, the reality was far from it and should have all British Columbian’s concerned.

Bunker fuel is a nasty substance that is incredibly toxic to animal, human and aquatic life…and it is the lifeblood of commercial shipping.This is a very busy harbour, and at any given time you can see many ships in English Bay waiting to offload or pick up cargo.

How did it leak? No one knows and at last report the company that owns the ship suspected as the source, denies all responsibility for it. ( a good friend who is a long time mariner put forth his theory that it may have been human error, with someone operating the bilge pump incorrectly)

City of Vancouver officials claim they weren’t advised for 12 hours of the spill and despite official statements the spill has been contained, many are left wondering what exactly that means. Photos available online show the slick moving towards Burrard Inlet and the changing tide peaking at around 11 pm this evening is sure to leave its mark as it departs.

Of course, one can’t help but wonder how all of this would have been different had the Kitsilano Coast Guard Base had still been open and could have responded within minutes. Harper defended the closure back in 2013 despite incredible opposition – I’d like to know if he would still defend that decision today.

The fallout from this should and must be severe.

A call into the Simi Sara show today from former Kits Coast Guard Base Commander Fred Moxey, was chilling:

”  …former Kits base commander Fred Moxey, who told us that  a special pollution response boat formerly stationed at the now shuttered Kitsilano Coast Guard base is sitting empty with no crew at Sea Island base in Richmond. According to Moxey, only a rubber boat from the Coast Guard responded to the English Bay oil spill last night. Moxey also told us the Osprey formerly stationed at Kits was dismantled and sold off then when the base was closed. Moxey says if Kits Base was still active today crews would have been on scene at the spill in six minutes with the equipment to deal with the situation.”

I know you don’t live here, but you really do spend a fair bit of time out here looking for votes,so why not just try faking that you’re still into us. After all, we are the Gateway to Asia-Pacific trade!! Oh wait.. darn… that fouled harbour and all..oops.

Even  James Moore, federal Minister of Industry, supported the closure,serving up some attitude directed back at Vancouver city officials objections:

” The reality is that the City of Vancouver — and all British Columbians, as a matter of fact — have more Coast Guard resources, have better coast guard protection, than any other port on any other coast in all of the country, even with the changes at Kits,” maintains Moore.

His defence comes even as rescue coordination centre staff say the closure could endanger lives.”

Silly us for worrying. It seem like they forgot about all the other vital functions the wonderful men and women serving in our Coast Guard do, least of which is responding to front line spills like this one. As I said, this is a very busy harbour and we need the ability to respond in minutes,not hours.

And so now we have bunker fuel, thick and nasty, fouling some beaches around English Bay, no one accepting responsibility for it and surprise surprise, as of this posting-more than 24 hours post-spill, neither Premier Clark or Prime Minister Harper has spoken.

Mary Polak, BC’s environment minister is deftly pushing all responsibility to the feds as the lead agency on twitter, saying they will co-ordinate the land operations.

And what did the people do?

Despite the city of Vancouver telling people to stay away for now because of the toxicity of this bunker fuel – please heed these warnings-  some Vancouverites not happy to wait for the leadership to arrive took the matter into their own hands.

Armed with buckets and wipes, there are photos on social media of them wiping brown crud off the rocks at the beach yesterday. People have been asking how they can volunteer, what they can do to help. They are on it. There is a veritable army of volunteers ready to go should our leaders bring the call to action.

But where are they? Gregor Robertson is cutting his vacation on the island short to come home. Christy Clarks media reps said she wont be commenting and Harper? I don’t know. 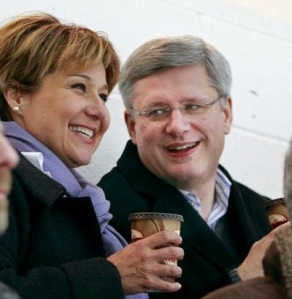 Even the young Trudeau with locks so glossy one might have thought he swam through that oily sheen to save a sea lion, had the wits to say something coherent and appropriate- or at least his media handler did:

It’s during times like this, when there are more questions than answers, when people are upset,agitated and rightfully concerned, that the test of real leadership arrives.

A real leader doesn’t continue on their day and wait for updates from staff-a true leader initiates communication, assesses the situation and makes themselves visible in some form to the public. Even on vacation. That is what we elected you to do.

British Columbia has a face and for many, it’s Vancouver that makes the first impression. Tourism is a money maker and so is a clean harbour where in recent weeks orca’s have been filmed playing in English Bay.

When things go wrong, people look to their leaders for  their reaction and for their guidance because leadership isn’t just a position, it’s an action.

If today’s lack of response from our leaders is any indicator of what we can expect in a more serious incident, you are on your own, my friends.

Frankly, I have more faith in you, than I do in them.

34 thoughts on ““If Leaders fail, the people will lead.””