I’m feeling a little giddy this morning and I’ll be honest, I feel a bit guilty about that.

So many of my friends who are NDP party members are devastated today, and understandably so. The federal party was decimated last night in the Liberal sweep across Canada and in that unstoppable tide, several great NDP mp’s were lost at sea. For that, I am disappointed.

And as happened after the provincial NDP loss in the last election, the federal party will now have to do some serious reflection about who they are, and why their vision did not resonate with Canadians if they ever intend to be anything but an opposition party.   I would love to see what the NDP could accomplish as the ruling party, but I would say to some, please, try to step out of the partisan box and really listen to why people voted red instead of orange -not all votes were strategic.

Nevertheless I felt a tremendous weight lift off my shoulders with every Conservative MP who lost a seat. By the time media pundits called the election a Liberal victory and Justin Trudeau as our next Prime Minister, I was elated- the Harper era, was over. It is amazing what happens when Canadians rise to the occasion!

Today, I have renewed faith and hope for this country, and that might surprise some of you because I have been very critical of Justin Trudeau over the years,with good reason.

He has made some really interesting comments- one in particular that raised eyebrows was his admiration for the kind of dictatorship China had. He is young, and lacks the experience in many areas I think are critical to a position like Prime Minister and the gravitas. And the federal Liberal party money men and backroom players behind the scenes rarely change – I’ve written much about the connections between the Desmarais family, Power Corporation, the PMO’s office and privy council, through several Prime Ministers. This cannot and should not be discounted. Nor should the fact that Liberal MP’s are still whipped so if push comes to shove, they too have to tow the party line.

But even with these concerns, yesterday I used my vote strategically and with my conscience, to help defeat the Conservative candidate in my riding. I voted Liberal for the first time in my life  for  John Aldag, who I strongly feel will represent our riding well. Our Conservative candidate was so out of touch with the reality of so many young families here, or the issues in our neighbourhood, it was alarming. And despite the NDP running a very qualified and brilliant candidate in Rebecca Smith, it was clear early on she was not connecting in a manner that would give her a win. For me, it was more important to do what I could to help remove Stephen Harper, and it worked.

The rampant fear mongering and racial tactics used in this election by the CPC, were unlike anything I’ve ever seen. The CPC candidates tried to divide entire communities with distractions. ISIS in your bedrooms, niqabs bringing down Canada, the hypocrisy of the human rights and feminist advocacy stance Harper and his crew took was gag-worthy.

All honour and common decency, was lost.

But when it counted, Canadians rose to the occasion and said NO! to fear and hate and said  yes to change and  hope. Trudeau did run a very positive campaign and in the midst of so much hate and fear ,it was like rain from the sky after a drought. Canadians lapped it up, and for that, I am thankful.

Now is the time for all of us to decompress for a bit, take it all in and see what this new Canada will look like.

There is so much work to be done, and an entirely new government to keep accountable- that much won’t change. And I suspect we won’t know the full extent of the damage for some time as the new government comes in.  But first we need to rebuild relationships with each other within our communities. We need to reach out to each other and keep the conversations going, keep that spirit of hope and change alive and remember what and why we love this country, and each other.

Remember this feeling and carry it with you as carefully as a flame against the darkness.Because this feeling, is the spark that can ignite change on a level rarely seen. We, as Canadians, redefined our nation.

And Mr. Trudeau, if you happen to read this? Never forget how and why you are about to become the Prime Minister. A leader is only as good as his last decision. Lead with authenticity, with humility in your heart, a vision in your mind and the people at your side.

There are a lot of  little Canadians growing up out there, counting on you. 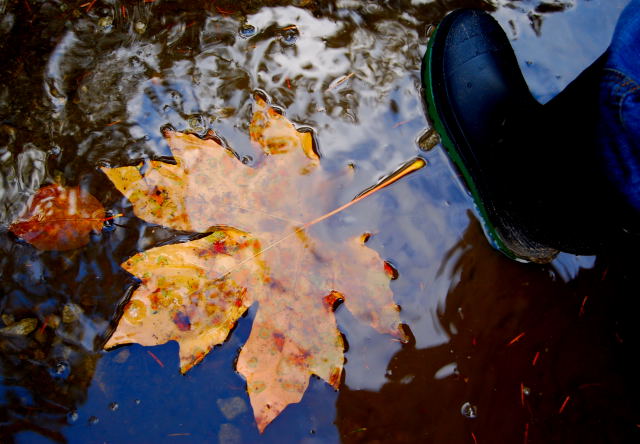 34 thoughts on “Look what happens when Canadians unite for a single purpose. Remember this.”