May the Force of No be with you…

Over the years I’ve heard a lot of politicians make some really questionable comments – the tweet above is but one in a sea of many by Premier Clark.  But after her most recent thoughtless remark made news, I’m thinking she might want to lay off the Star Wars for a while…

Clark had sharp words Monday for what she calls the “forces of no” in British Columbia who mount resistance efforts to government initiatives purely out of a fear of change.

First Nations leaders quickly shot back at the premier, labelling her comments “paternalistic” and “mindless.”

Clark made the statements during a news conference where she fielded questions about opposition to the Trans-Pacific Trade Partnership,environmental concerns over liquefied natural gas developmentand tax breaks for the mining industry.

She said negotiating trade pacts and resource developments involves tough, but potentially rewarding benefits and she would rather be known as an achiever than a quitter.

“There are people who just say no to everything, and heaven knows there are plenty of those in British Columbia,” said Clark. “But just because it’s hard doesn’t mean you give up. It doesn’t mean you should be a quitter.”

She criticized a coalition of First Nations, environmentalists and Opposition New Democrats who signed a declaration demanding a protection zone near a proposed multi-billion-dollar LNG project at Lelu Island near Prince Rupert.

“I’m not sure what science the forces of no bring together up there except that it’s not really about the science,” said Clark.

“It’s not really about the fish. It’s just about trying to say no. It’s about fear of change. It’s about a fear of the future.”

Ms. Clark, I’m not even sure where to begin on this one. There are definitely people in this province that would like to see all reliance on fossil fuels stop right this instant and have everyone hand over the keys to their vehicle while munching on kale chips as an alternative food source to anything else. And, that’s their prerogative.

But to be honest and pragmatic, we know that isn’t going to happen anytime soon. Those people are not the people saying No in Prince Rupert. Nor are they the people saying No to Site C, or No to the Massey Bridge. And your comments are not only patronizing, they are completely hypocritical and thoughtless. 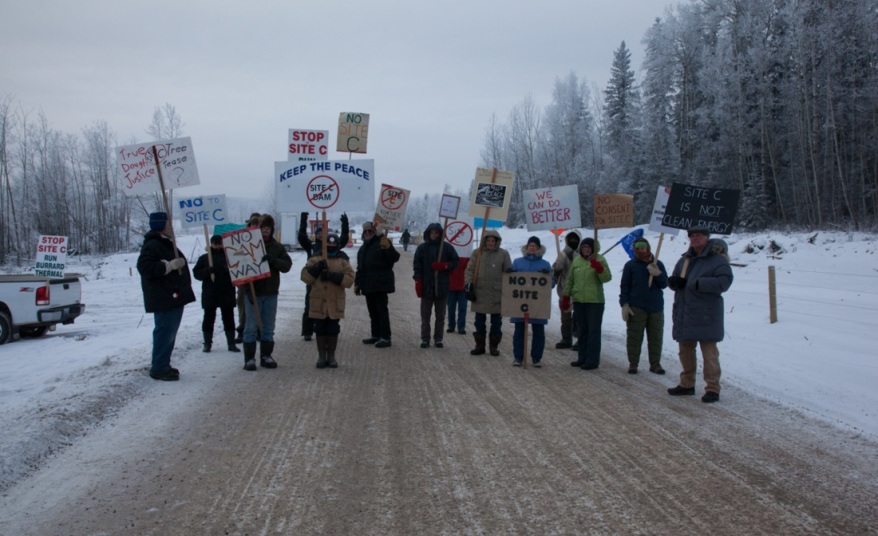 Having been born and raised in northern BC and having now lived here in Metro Vancouver for many years, your lack of understanding of the diversity and concerns of interior and northern residents is appallingly clear.

Yes, people want good paying jobs to support their families,but they also have a deep concern for what the impact of the resource industry is having, in and around their communities. They want to know that things will be ok for their children, and their childrens’ children. They want to see vast forests,clean lakes with fish,wild animals to hunt and yes, trap. But they need good jobs as well.

Without a doubt,it’s a complicated issue that in many cases divides not only communities but families as well. They see the writing on the wall, and want a future that is bright,not bleak. It’s not anywhere as cut and dried as your government pretends it is. But when your government only offers one option to a community and says ” This is it! Take it or leave it!” IS that defined as success? Not to me. It’s called no way out.

At a time when the world is bravely facing economic and social challenges new to many, British Columbia should be in a position to take a leadership role in adapting,evolving and diversifying… yet we see very little YES from your government on anything that isn’t directed towards trolling some targeted votes from certain sectors,or placating corporate supporters.
Why is that? Ah yes, the forces of NO…..

It just doesn’t make sense. Allowing  every adult the opportunity to upgrade basic education and english, takes the burden off of all provincial services when they are able to achieve financial independence, and contribute to our economies locally, and provincially.

It just doesn’t make sense.  Good solid core essentials must be met before re-tooling education to meet demands of industry- particularly odd in the face of so many funding cuts.

It just doesn’t make sense. US ports will not ship that thermal coal. The cost of solar has dropped dramatically. Why BC isn’t legislating the use of it in certain new builds and creating a market for jobs and industry,is beyond me. Oh wait… the forces of NO in Victoria won’t let that happen.

It just doesn’t make sense. Geothermal would be cheaper, create more jobs and be more environmentally friendly than Site C. And there’s evidence to back that up. Don’t take my word for it. It’s all out there to find on Google.

We’ve seen a host of other No’s over the years.

It just doesn’t make sense that we aren’t.

It just doesn’t make sense. With a new federal government committed to vital infrastructure projects, the funding could be found at that level, and at a fraction of the cost of Site C, which is not needed.

It just doesn’t make sense. Education and the care of children is well recognized  as a cornerstone for a societies future success. Every support should be there to ensure every single child succeeds, that their family succeeds. It costs less to do this early, than deal with social issues later on that result.

I could go on,but the No’s that have come from this government far outweigh the Yes’s. I think you know this better than I, Ms.Clark…it just doesn’t make sense.

While average British Columbians face difficulties paying BC Hydro bills that have been raised every year for years – and who get cut off if they can’t pay it- they see government that is now looking at allowing resource companies to defer their bills! A questionable idea if for only the reason of BC Hydro’s questionable practice of borrowing from Peter to pay Paul.

In fact, while years ago the resource sector was a driving force in BC, it hasn’t been for years. Norman Farrell has been looking at this for a while, but even apart from his fine work, the facts don’t lie.

Take a look at some startling facts that totally negate the provinces continual subsidy of the resource sector: http://credbc.ca/role-energy-sector-bcs-economy/

Oil, gas and support services make up just 3% of our GDP, compared to 15% for manufacturing and construction and over 23% for financial and real estate services. When secondary energy services are added into the equation, the total contribution to GDP is still only 11%. While this number is significant, it’s certainly not where most provincial economic activity is coming from.

Where are the jobs?

In BC, the mining, oil and gas sector combined employs just 1% of the workforce.

Instead, the biggest employers in the province are:

Do you see now, Ms.Clark, why there is so much concern? Why people are so worried that the province has not been taking a leadership role in adapting and innovating a new path?

We are worried that you are not helping those whose industries are suffering, train for new careers and paths where they can use those skills?

We are wondering why your government sticks to the same dire path simply if for no other reason than you cannot confront the fact there is a better way. You don’t ask communities what they want or need, you march in and tell them…and then ask what you can do to compensate them after the fact. A cheque here. A pond there. People give in quickly in the face of steam-rollers.

Yet British Columbians are asking for a better way – they  are saying No to the plans that  just don’t make sense and yes to the ones that show innovation, leadership – but those aren’t seen very often.
It’s not about saying No to everything, it’s about saying YES to good policy and the right projects, with proper oversight -case in point, Mt. Polley. A failure on two points. You cannot compromise on environmental or community protections.

And we’re not quitters either Ms. Clark. Because unlike you, we will all still be here long after your time as premier has ended.

The forces of No that are hurting this province aren’t the ones in Prince Rupert, or Fort St. John, or even Richmond who are standing up for what is right.

They are the one’s right beside you in Victoria. 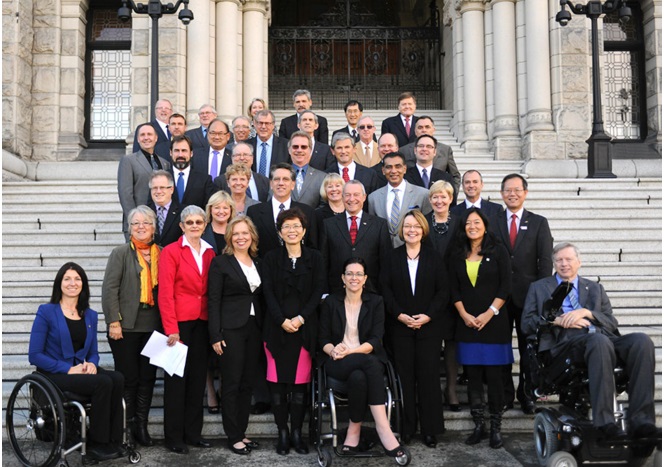