LNG might be a dead duck, but someone found the Golden Goose!

Spent the morning listening in on opening statements from BC Hydro’s lawyer at Supreme Court and will post a bit on that later. But I ran into a friend in government on the skytrain home who told me Gordon Wilsons appointment to LNG advocate, had once again, been renewed by the Clark government: 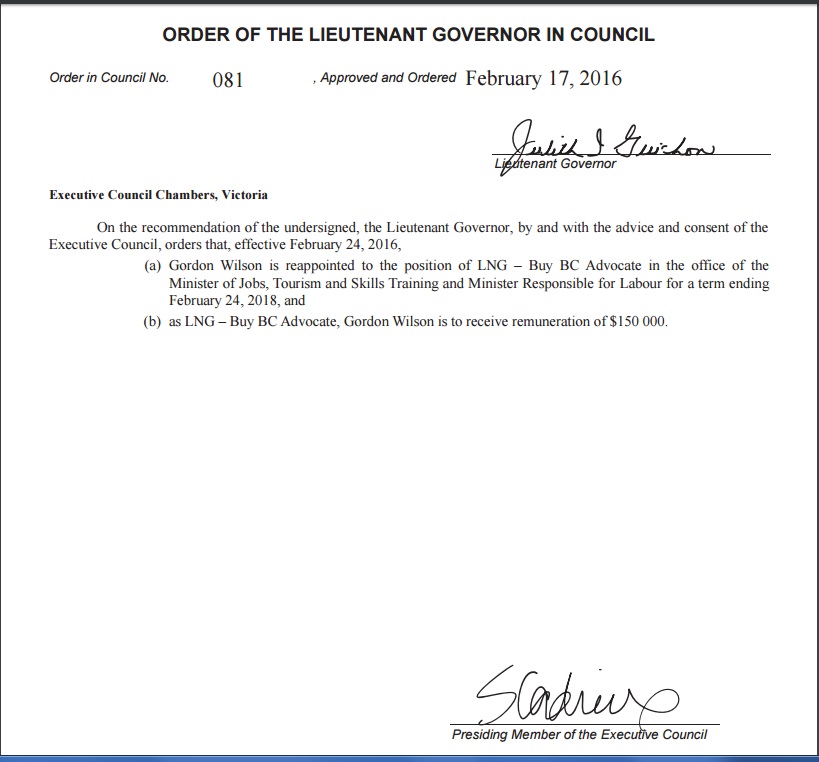 And what you might want to notice is that they have appointed him until… get this… 2018!!!

I guess that ensures he has a job regardless of whether the Liberals win or lose the next election, but since Judi Tyabji is writing Clark’s bio, that works quite well for them both,doesn’t it?

Considering oil and gas revenues are dropping faster then flies in a hot tent and LNG is never going to be what Clark promised, how does government justify this kind of position?  LNG has become – as Gordon Wilson once wrote- a dead duck.

Shortly after he first received this position,Wilson made his blog private. However thanks to the wonders of the internet, archived versions remain:

***Click on each photo, which will open in a new link – click on that photo for a full size version

So there you have it. While BC LNG does seem to be turning out to be a dead duck, Wilson surely found the Golden Goose regardless..