Here’s a little something interesting to gnaw on while I’m working this other story. 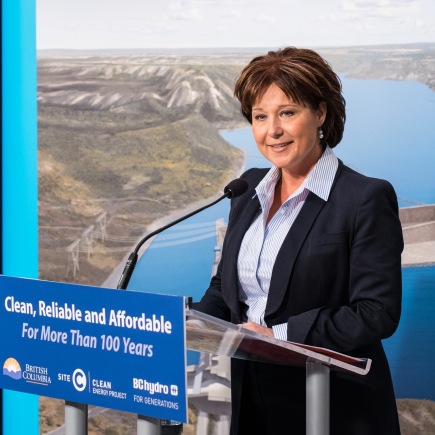 In November 2015, the BC Government and BC Hydro awarded a $1.5 Billion contract to the Peace River Hydro Partners, of which Petrowest Corporation is included. http://www.alaskahighwaynews.ca/regional-news/site-c/1-5-billion-site-c-civil-works-contract-awarded-to-peace-river-hydro-partners-1.2119419

Yet curiously by December 2015– just a month after this Site C contract was awarded – the Financial Post was reporting that Petrowest was operating on borrowed time from its lenders: http://business.financialpost.com/news/energy/petrowest-corp-is-operating-on-borrowed-time-from-its-lenders-as-ebitda-cut-in-half?__lsa=42f4-b32f

CALGARY — Petrowest Corp. is operating on borrowed time from its lenders.

The oilfield and forestry services company says it has until Jan. 18 to provide a 2016 budget to get temporary relief from some of its debt commitments.

Most of the commitments relate to Petrowest’s adjusted EBITDA, a measure of earnings that has fallen dramatically.

One of Petrowest’s covenants is to maintain a minimum of $20.7 million adjusted EBITDA for four consecutive quarters.

Petrowest’s lenders have granted waivers on its debt covenants until Feb. 29, subject to the budget condition.

Yesterday, Stockhouse reported that lenders have now extended the debt waiver to March 31st, giving Petrowest some breathing room while they work with lenders:  http://www.stockhouse.com/news/press-releases/2016/03/01/petrowest-provides-update-on-credit-facilities

Which begs the question: What kind of due diligence does the BC Government and BC Hydro perform when it comes to potential bidders? Because for me, a company that has lenders making noise would be a big red flag…

This out today from BIV: https://www.biv.com/article/2016/3/bc-government-withholds-competing-bids-site-c-cont/

One email from BC Hydro CEO Jessica McDonald on November 16, 2015, suggests there was a bit of a rush to finalize and announce the awarding of the contract.

“There is a very tight timeframe for an announcement of this award,” McDonald writes in an email. That urgency is not explained as the following sentences are redacted.

Question: Would the above situation regarding Petrowest, have been a mitigating factor in the rush to award and finalize this contract? Because a contract in the hand certainly soothes lenders….