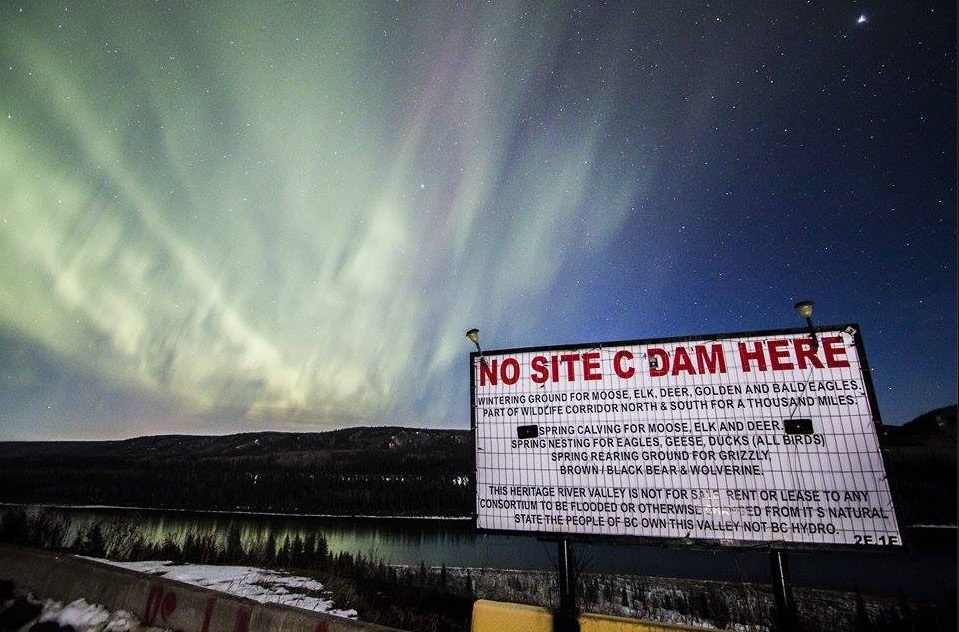 I was in the courtroom the day that BC Hydro was granted their injunction to force the land stewards camp at historic Rocky Mountain Fort. As I listened to the justice give his preamble and reasons for granting it,one knew what the result was going to be. He listed what he could and could not consider within the confines of the law for the purposes of the application, and even acknowledged there were many compelling and persuasive arguments the construction of the dam should not proceed at this time.

That statement surprised me as it did others and was akin to rubbing salt on a raw wound, because like the land stewards of Rocky Mountain Fort, I too believe construction of the dam must be halted.

The campers honoured the law and removed their camp. And within days BC Hydro was clearing. This is the before image of the stunning Peace River valley that held Rocky Mountain Fort, a site that was selected by explorer Alexander McKenzie in 1793 for the abundance of the area and traditional lands of Treaty 8 First Nations. *click to see a larger version

Incredible,isn’t it? Rich in wildlife, of traditional medicine and sacred land enjoyed and used by First Nations,explorers and settlers for hundreds of years.

Until now. This is the view of Rocky Mountain Fort, after the injunction.

And here is a closer look at the devastating clearing that when viewed for the first time, brought tears. A local ongoing art project in Surrey called ‘I Grieve’ came instantly to mind : I grieve over the loss of these trees and this land and what that loss will be for generations to come if one of the court cases doesn’t stop it. 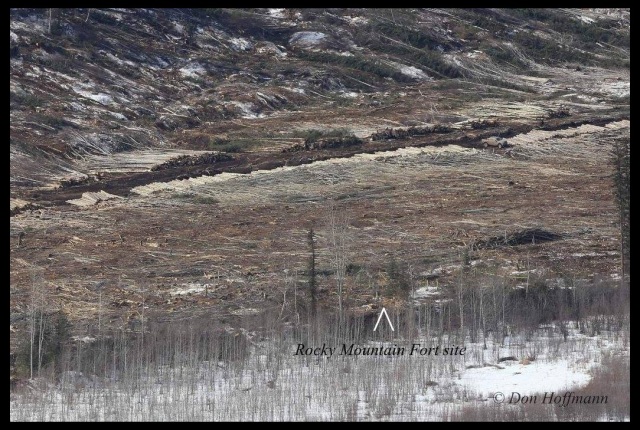 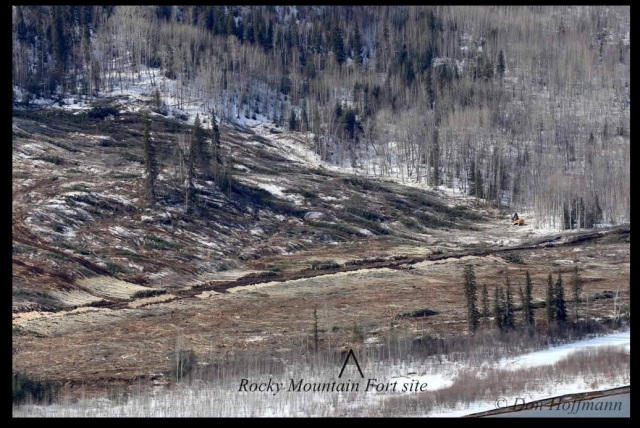 So much for treaty rights.

So much for history.

So much for peoples lives.

But ironically,when the injunction was served, no one told the eagles that no one was allowed to get in the way of clearing… 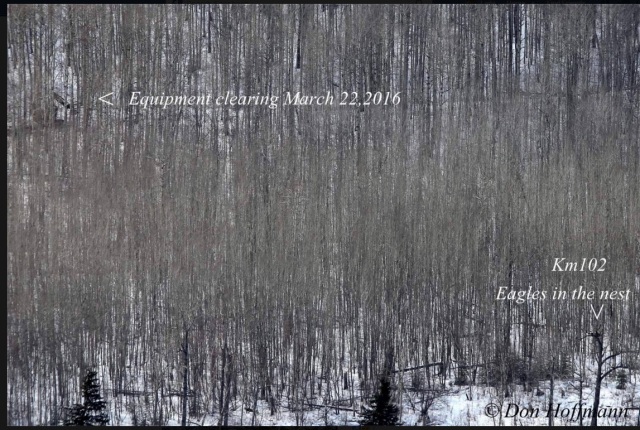 It is thought that this is the same bald eagle pair whose nest was destroyed last fall  in clearing that was decried by locals at that time,because an eagle was photographed at the nest right before it was taken down.

Arlene Boon, a third generation resident of the Peace Valley who along with her husband Ken stand to lose everything they have worked their entire lives for, was among those camping at Rocky Mountain Fort site.In a moment of levity, she posted this after hearing of the eagles nest: 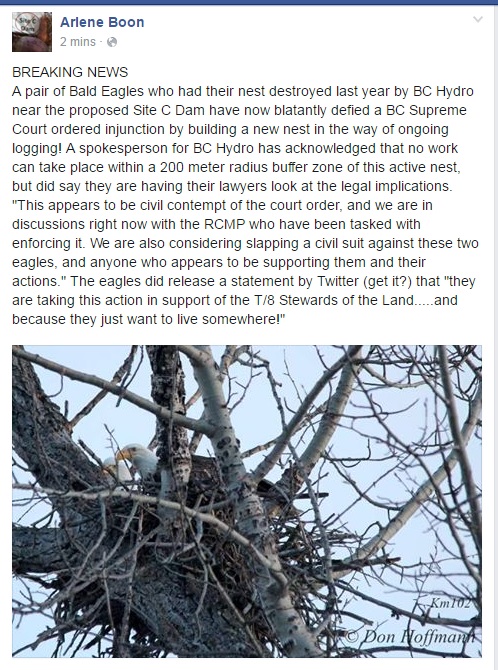 That Arlene can speak with grace and humour in a situation that is anything but funny, speaks to the strength and quality of her character.

That the bald eagles have chosen to build in the path of clearing for site C, some might say is divine intervention. Across cultures and faiths, eagles hold significant spiritual significance, particularly for First Nations and Native Americans.

BC Hydro has committed to a 300 meter buffer for all active nests during Site C construction so this nest is safe according to their link. And, this site is now documented and actively being watched so it doesn’t “fall down due to the backwatering caused by the channelization and diversion of the river” as per the BC Hydro link embedded above.

As for the pair of eagles? They may very well be considered the John and Jane Doe named in the BC Hydro civil suit and the injunction application, so if you can spare some cash for the legal fees associated with fighting this damn dam, it would be appreciated 🙂

Ongoing photos of the clearing at Site C are being posted publicly at the Peace Valley Environmental Associations Facebook page here: https://www.facebook.com/PeaceValleyEnvironmentAssociation/?fref=photo

** Part two of the WAC Bennett dam story will be posted next week,after Spring Break when many are gone for holidays in BC. To refresh your memory,check out part one here: https://lailayuile.com/2016/03/10/bc-hydro-responses-to-bc-utilities-commission-raises-new-questions-over-wac-bennett-dam-repairs/

Or many of the other items I’ve written on Site C here: https://lailayuile.com/the-case-to-stop-site-c-construction-links-news/