Merry Christmas from my little piece of the #notrealworld

Checking the kitchen counter quickly one last time, I grabbed the leash from the hook on the wall and whispered to Rollo to come. Time for his last bathroom trip of the night, he quietly walked to the door waiting for me to get my flip flops on, looking at me eagerly with his big lab eyes full of love.

Smiling at him, I barely managed to get the door open before he charged out eagerly into the night air, nose up, sniffing the wind with his tail pointing straight out while he mentally documented the scent. Then began the business of sniffing out the perfect spot to do his business…

I let him have his lead, looking up with my sweater wrapped around my shoulders to the sky. There as usual, Orions belt stood out first, as comforting as the street sign at the end of your childhood home. In many ways these stars are my street signs, so familiar I am with them. Growing up in the north, winter nights were long and the skies so incredibly brilliant that I spent a lot of time learning as much as I could about them. The constellations…Gosh, I can’t even write that word now without thinking of Gord Downie and Bobcaygeon and I love the stars even more because of him… and always will.

As the wind grabbed my curls and softly tangled them, I smiled thinking about sitting down to write this piece. I find myself still in a bit of disbelief that I am here on the island, that I spent an incredible summer on the mountain and let my toes dance both in alpine meadows and crystal clear seas…

I never realized how much I was suffocating in Surrey until I came here and learned how to breathe again…this place is good medicine as my friend Mel would say, it heals,soothes and regenerates body and soul. I’ve reconnected my spirit with the land,made incredible new friends, met other wanderers and explorers, creatives and entrepreneurs..and grown and matured even as  I entered mid age. I am not the same me I was even a year ago. This me feels like she has so much more to do and does not look back… except to see how far she has come…

I’ve always felt I was meant to help people in some way…I try to do this most by writing and making change through my writing… and personally I’ve always had a passion and curiosity to find the truth or the story behind the story. But 2016 has also been a year where I watched people with such great hopes for our new prime minister, feel great disappointments as they discovered he really was no different after all. Words are just words and promises only mean something if the person making them has the moral integrity to follow through. Power is funny that way. It can make or break a person.

And maybe it happened while I was writing one day, or maybe it happened standing on the beach in a storm playing with the sea foam,  or seeing the incredible lack of moral courage of some leaders, but at some point this year I realized if I wanted it to change I had to do it myself. No one is going to do it for me. Because I could not stand to see so many people disappointed over and over again.

The world is changing faster than most people can keep up with it and not just in terms of technology. Socially.Environmentally. Politically. There is a deep unrest with the way things are and  a deep suffering among many that is getting worse, not better. Why are so many driven to addictions? What are they trying to escape? And why are those aspects not being addressed by those in power? The way we do things is damn backwards and all I see is political opponents pointing fingers at each other instead of fixing things.

And I have had enough. I’ve spent nearly a decade fighting the old. 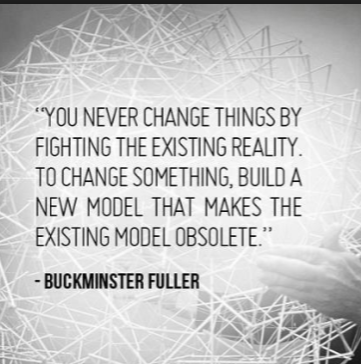 I’m not sure where to go from here but there is no going back. We need to build something that works. Where instead of government process that consults with people AFTER decisions are made, communities and residents advise government on where they want to go and develop and how. Where decisions are made that invest from the ground up, not the top down via damage control like the current fentynal. It costs so much less to invest strongly and deeply in education and family supports, taking care of kids and getting them on the right path from day 1, then deal with the implications of generational poverty and the social issues that develop as a result.

I’ll be honest- right now, I don’t know even know what this means. But I am hoping you’ll help me figure it out in 2017. And with an election coming there will be a lot of work to be done to hold all parties to account so BC doesn’t get trapped into yet another 4 years of slice and dice economics. Because trust me, that is where we are headed.

It’s thrilling to see the #notrealworld hashtag continue to generate such great discussion and thought. So many new faces tweeting. So much agreement across partisan lines. And that’s the heart of it. Doing the right thing because it is the right thing to do.. not because it is politically expedient. We can’t sit and watch this continue.  Do not let that feeling go. You see what we can do working together? You did that. With your collective voices.  It’s time to decide what kind of a province you want this to be.

I really love you all as friends and some of you like family. You have been there for me though thick and thin… and this year through a hellish hacking and death threat that really still seems so unreal when I look back at it. Yet oddly enough it was that very incident that was the catalyst for all this change…and where we go next, together.

I know not all of you will have a brilliant glowing Christmas.

Some of you are mourning, for you I wish if not happiness,healing and courage to get through the season and to a place where that pain subsides.

Some of you are suffering, for you I wish a reprieve and know that I care, we all care and you matter, so please hold on. We can get through this. One foot in front of the other.

Some of you are alone, just know we are together in spirit.

Some of you are going to have amazing holidays with friends and family aplenty, and for you I wish the ability to simply be in the moment, let go of expectations and enjoy what is…

Me, I’ll be here enjoying the island and lucky to have most if not all of my family home at some point over the next couple weeks.

The sun will be here longer each day and a new year is coming.

I smile now, sitting here, even not knowing what the future holds.

Because I know that if we keep the discussion going, if we keep standing up instead of sitting down and every day engage one new person so they stand up too… it’s going to be the future we design, for ourselves. Not the future they plan for us.

Be well. Do good.  You are amazing. And see you in a couple weeks. We got this. 🙂