BC Election 2017: “Site C dam project has become ‘uneconomic’ and should be suspended…”

That headline, from the CBC:

A new report is calling for the suspension of B.C.’s Site C dam project, saying it’s no longer going to benefit the provincial economy as once expected and that power from the hydroelectric station will likely be exported at losses of up to $1 billion.

The report on water governance released Tuesday looks at which option would be best for B.C. from a business standpoint: cancelling, suspending or finishing the $8.5-billion project.

Ultimately, it recommended the project be put on hold and reviewed by the BC Utilities Commission.

A statement from the UBC researchers said several key changes that have happened since the project’s initial approval mean it isn’t the most cost-efficient option for producing power anymore.

First, experts found that alternative options for generating electricity — such as wind power and energy conservation — have become cheaper. 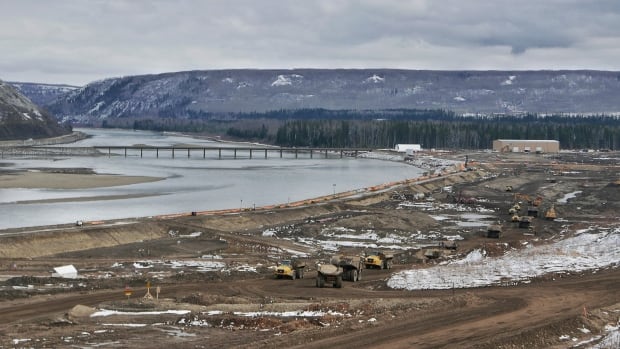 The UBC report says that under BC Hydro’s forecasted demand for electricity, cumulative losses would be nearing $2.7 billion by 2036. (Christer Waara/CBC)

Secondly, BC Hydro’s predicted demand for electricity has “dropped significantly,” according to the report.

Experts said that could mean electricity from Site C won’t be fully needed for nearly 10 years after the project’s expected completion date in 2024.

The surplus energy would need to be “exported at prices currently far below cost,” leading to losses of at least $1 billion.

Under BC Hydro’s forecast demand, the analysis found, cumulative losses would be nearing $2.7 billion by 2036.

“The business case for Site C is far weaker now than when the project was launched, to the point that the project is now uneconomic,” said UBC’s Karen Bakker, who co-authored the report. “The good news is that we are not past the point of no return, according to our analysis.”

You can read that entire report, here: https://www.dropbox.com/sh/cixw267tmk2zyu7/AAB2rllqDNhwymh9GhSbuAJua/Site%20C%20Economics%20Report.pdf?dl=0

However, for those not inclined to do so, here is the executive summary that gets to the heart of the matter.

Meanwhile, Clarks response is essentially to continue to ‘ Git er done’ and in fact used #SiteC as a talking point today…in Surrey of all places:

North and south, rural and urban, in BC we succeed when we all succeed. That's what #SiteC means. #Surrey pic.twitter.com/g4Jm0semIh

( It’s interesting to note that going through her twitter account, for having over 91 thousand followers, she isn’t getting a lot of RT or likes on her tweets. In fact, most are done by her caucus,candidates and staffers. )

I digress, but only slightly. Her actions and words as premier has even long time Liberal voters I know openly calling her judgement into question,not just on Site C which is clearly a financial threat to the province…and 1.9 million BC Hydro customers – that number taken from the BC Hydro fast facts sheet on their website.

The timing of this report couldn’t be better as I and many others vowed to make Site C an election issue long ago, doubling down on that after Clarks vow to get the project past the point of no return. A year later, it’s clear we are not there yet and it’s more important than ever for the future of this province and our economy, to consider Site C before voting.

So we know Clark will continue to forge ahead regardless of how ill-advised this is if she wins again. But where are the other leaders on Site C?

Despite being at the forefront of the project when Campbell exempted it from the BCUC review, Weaver has publicly stated he no longer supports Site C and has campaigned against it. He visited the area,spoke to residents and has promised to cancel the project completely if elected. ( It’s unlikely the Greens could sweep enough seats to make a majority government so it’s a bit of a moot point, but there you have it. )

John Horgan has been up and down over the past years. He’s always maintained Site C should have gone to the BCUC for review, but has not been as strongly opposed as some within the party. The current stance is that the NDP would send the project for an expedited BC Utilities Commission review, but there is no clarity on whether or not an NDP government would suspend construction while a BCUC review occurs.

There is also no clarity, knowing the stripped down state the Liberal government has left the BCUC in ( something I have covered here previously) if Horgan would ensure the BCUC would be given adequate resources and staffing to even do such a review. And that has some asking questions, including myself:

Will  John Horgan and the NDP commit to suspending construction of Site C immediately upon being elected, pending an expedited BC Utilities Commission review?

And will John Horgan and the NDP commit to ensuring the BCUC has the resources they need to do a review of this magnitude?

Until I see in writing or on tape the answers to those two questions, the jury is out for me.  I look at Newfoundland where Dwight Ball pretty much campaigned against the previous government on the issue of Muskrat Falls and won.

And  what did he do after being elected? The quick version is that the province claimed too much money had been sunk into it to back out, referred to contracts etc ( sound familiar?) and carried on. Sadly, it finally got to point where the amount of money spent in that black hole coupled with ongoing problems and opposition resulted in the CEO of their hydro company Nalcor publicly admitting that their estimates and forecasts had been wrong and that building the Muskrat Falls dam was a mistake. I wrote about that last June: https://lailayuile.com/2016/06/24/shocking-admission-from-nalcor-energy-ceo-serves-as-chilling-warning-to-bc-government-that-exempted-site-c-project-from-independent-review-of-bcuc/

I have seen too many promises made in this province, and even more poor policy borne out of political expediency or pandering than on what actually makes sense from an economic standpoint. And I can promise you this, you will not get a chance to deal with this AFTER anyone gets elected. That is a fact.

If I were making the decision, I would shut it down and stop tossing good money after bad. The amount of conservation BC residents practice, coupled with more efficient appliances, heating and low usage LED’s etc, can be doubled down on and the money saved used for rebates for BC Hydro customers to make even more economical choices in their homes. Solar. Heat pumps,efficient windows and solar panels. We even began a discussion on what kinds of alternate jobs could be created and what to do with the site…

The bottom line is… there are far better ways to get from where we are now energy wise, to where we want or need to be. But the current premier, Energy minister and BC Hydro ceo haven’t undertaken the effort to do so. And there is a precedent for shutting down mega-projects in BC: former Premier Mike Harcourt did so with the Kemano project http://www.ammsa.com/publications/windspeaker/bc-kills-kemano-project

The future, my friends, is in your hands. Because the most honest truth is that we all have a stake in the Peace. Whether you realize it or not.

Listen into one of the authors of the above report speak with Jon McComb this morning on his show: