If the land falls down around Site C, does anyone in Victoria hear?

Because I’m really not sure how much of this will be covered on major stations or papers in BC, here is a story you need to follow.

To make a long story short, on the road to Old Fort –  just downstream  of  Site C access Gate B and about 2.5-3 km downstream of the dam construction zone –  a large and ongoing slide began yesterday. Full details and ongoing updates are being posted at the link above with photos, but what began as a large buckle in the road has turned into 20 feet of soil and trees that are slow and unstoppable, sliding across the road. Catherine Ruddell has posted an excellent graphic on twitter here:

Here is a screen shot marking the proximity of the dam site, with gravel pit and slide location below, the community of Old Fort, and city center of Fort St John. #yjx #siteC #bcpoli pic.twitter.com/gLckAOCRtz

Even more alarming, is that directly above the slide is a gravel pit and sources indicate that they have been running a rock crusher on site- normal for any gravel pit- which of course, creates ground vibration. This has yet to be mentioned in media reports, nor has the large stockpile on site, which would create a large load on the slope below.

Some are blaming this directly on site C ( there are unconfirmed reports the gravel stockpiled here is for the dam but I will update this ), however there is a far bigger point to be made here *again*…( how many times have I written about this??)

This entire area is incredibly unstable and no amount of engineering can change that. This particular portion of the valley is extremely prone to slide risks and always has been. It pains me that people like Arthur Hadland lay awake at night so concerned, that he continues to write letters and make calls because of fears like this that become reality.  At one time his concerns were retweeted and responded to by this government while in opposition… yet now his calls for action to those very same people fall on deaf ears.

In a post back in 2016 ( and included in several other posts over the years), I posted a letter Hadland had written, that referenced a report commissioned by the government of the day back in 1991- Weisgarber report. ( again making circulation on social media as a new item, yet to those of us those opposed for years, we have been banging this report on peoples heads for a long time)

I post this excerpt again today because this current government seems to have forgotten many of their MLA’s once liked or tweeted or shared these stories and letters because they too believed it and shared concerns.  I have also put important points in bold.

” In a recent report by BC Hydro to BCUC ‘unexpected’ geotechnical problems are acknowledged by the proponent. These include unexpected slope failure on the projects north bank, larger than expected deterioration of shale bedrock exposed during construction and a phenomenon called rock exposed swell.

These factors and the professional opinions employed by BC Hydro need to be examined in detail regarding the safety of human activities surrounding and within the proposed reservoir. There has been no outside examination of these factors. It has not been addressed as of the writing of this commentary.

This outstanding safety concern is further reinforced by the report commissioned by the Honorable Jack Weisgerber, Minister of Energy, Mines and Petroleum Resources in 1991. This report was prepared by the Geological Survey Branch of British Columbia (Quaternary Geology and Landforms of Eastern Peace River Region, British Columbia, *2 by N.R. Catto 1991). This report was made without reference to the proposed flooding of the Lower Peace River Valley; rather it was commissioned to examine aggregate exploitation within the lower Peace River region. This report is brought to the attention of the reader regarding reservoir safety concerns.

These six cautionary quotes were made researching the potential for exploration or exploitation of aggregate sites in the eastern Peace River area:

1.“Mass movements, including rotational and translation glacial slides and a variety of sediment gravity flows, commonly occur along all the major streams.”…..Page 2

2.“The high concentrations of montmorillonite and bentonite in the strata, however, together with their poorly consolidated nature, greatly increases susceptibility of these rocks to slope failure following fluvial ( or arthropogenic) undercutting or overloading.”…..Page 2

3.”The clays are generally plastic, susceptible to sediment gravity flow if disturbed, and contain a high proportion of material derived from the local Cretaceous bedrock.”…..Page 5

4.“Mass movements in the region can be induced by the fluvial undercutting, natural overloading of the slopes (e.g. by debris flow from above), loss of internal cohesion due to sudden saturation (as was common during June, 1990), or by human activity. Evidence of past colluviation in the region is extensive (Bobrowsky et al. 1991), and extreme caution is required in any effort to exploit or utilize river valley slopes.”…..Page 10

5.“Thus, all of the major terrain slopes present in the eastern Peace River Region are subject to slope failure. Extreme caution should therefore be observed in any effort to exploit or utilize river valley slopes.”…..Page 15

6.”Valley slopes throughout the region are subject to slope failure and colluviation, and the development of these sites should be minimized.”…..Page 17 summary excerpt

This message is intended for the politicians and the taxpayers of BC. We are the ‘owners’ of BC Hydro although the Government claims that there is only one share holder.

The taxpayers are unintentionally paying for the largest environmental and economic catastrophe of BC’s 21st Century.

The professional review of the failure of the Taylor Bridge *3, the 2009 statement by SNC Lavelin, the Attachie Slide and the many points made in the 1991 Weisgerber Report *2 are all damning.

Just ask the downstream residents of Old Fort and Taylor how they view their personal safety.

There is ample evidence that this dam poses a serious safety issue. It is incumbent on your respective jurisdictions to conduct an independent professional review to certify that this project would be safe.

This letter from Hadland was written in 2016, and he references the safety of the residents in Old Fort, and Taylor.

The same people in Old Fort who are now cut off by an the current ongoing massive slide who face evacuation by helicopter or boat if they need to go.

His stark warning two years ago leaves a lump in my throat today and this is why. It is time to put politics completely aside and do what is right.

Modern engineering techniques are incredible. This kind of engineering is about taming the untameable. How climbers look at new and daunting peaks, is how some engineers look at challenging geotechnical work that requires new solutions. To be sure, it is a professional feat if it can be achieved safely. You can mitigate by drilling holes reinforced with sophisticated rebar and concrete, you can install grids and spray concrete, you can install geotechnical earth movement measuring devices to monitor for movement…but no one can always anticipate or  control the uncontrollable.

If in fact the vibrations of a rock crushing machine played into this current slide, please tell me how vibrations of  say, a small quake would impact dam construction at Site C?  Like perhaps… earthquakes from fracking? Because this is an issue even BC Hydro officials have worried about… and disagreed on. From 2016: https://www.theglobeandmail.com/news/british-columbia/bc-hydro-officials-worry-about-risks-of-earthquakes-triggered-by-fracking/article31425804/

” The issue is raised in a 2009 letter from Hydro’s then-dam safety director, Ray Stewart, to a water rights comptroller in the provincial Environment Ministry. Referring to coal-methane fracturing in the area, Mr. Stewart wrote, “BC Hydro believes there are immediate and future potential risks to BC Hydro’s reservoir, dam and power-generation infrastructure as a result of this coal-bed methane project.”

Mr. Stewart wrote that possible consequences from coal-bed methane extraction include the “re-activation of existing geological faults in proximity of the BC Hydro facility,” and the earthquakes caused by human activity “may be greater than the original design criteria for the dam.”

BC Hydro’s deputy CEO, Chris O’Riley, responded on Monday by noting that the utility’s dams are built to withstand much larger ground motions associated with higher-magnitude earthquakes than those linked to fracking.

“Fracking by itself cannot generate large magnitude earthquakes,” he said in a statement issued in response to questions about the CCPA’s concerns.

Additional documents suggest earthquakes in the Peace River region linked to fracking for shale gas caused further debate at BC Hydro, with dam-safety engineering scientist Des Hartford responding in March, 2013, to a colleague’s concerns: “Fundamentally, hydraulic fracturing is one of these ‘new and emergent’ threats that require examination in the context of scientific and policy considerations in order that any meaningful management actions can be initiated if required.”

Scott Gillis, Hydro’s dam safety engineer in the Peace region, to whom Mr. Hartford was writing, said his concern was triggered by the 1963 failure of the Los Angeles-area Baldwin Hills Dam that killed five people and destroyed 277 homes. Oil and gas production has been linked to the dam’s failure.

While Mr. Gillis acknowledged that the Baldwin Hills disaster occurred after “very intense exploration and development” unlike anything in British Columbia, he added that there is a “similarity” in small faults in the vicinity of the dam.

“Reactivation of these small faults could be problematic.”

He wrote that the province should add buffer zones around extreme and high-consequence dams where hydraulic fracturing could not take place without a “prior full investigation” of risks and a risk-management plan.

Mr. O’Riley of BC Hydro said all earth-fill dams are designed to have some seepage, and fracking could increase natural seepage, “which only poses an issue of increased costs due to maintenance and operational requirements – not a dam safety issue.”

Well, look at that. Chris O’Riley, the current president of BC Hydro, was negating his own dam safety officers concerns even back when he was a deputy ceo. Interesting. And the Peace Canyon dam is in a much more stable part of the Peace  than where Site C is located.

I’m not an engineer but I do know quite a few excellent and experienced ones. They shake their heads and agree, just because you can do something, doesn’t mean you should. Look at Mt. Polley where three engineers now face disciplinary hearings following the tailings pond dam collapse https://business.financialpost.com/pmn/business-pmn/three-engineers-to-face-disciplinary-hearings-in-mount-polley-disaster

That leaves me with the most recent Site C progress report to the BCUC:

Join the call in requesting this government immediately seeks an independent, outside review of the stability of this entire work site and immediate region.Not chosen by BC Hydro, Mungall or her deputy minister because O’Riley has been seen advising Mungall right behind her in the legislature. It is the only prudent action at this point pending the injuction decision in the West Moberly case, of which the judge has stated he hopes to have his decision by the end of October. Sadly, I think the only thing capable of stopping Site C now is the injunction…or mother nature herself. 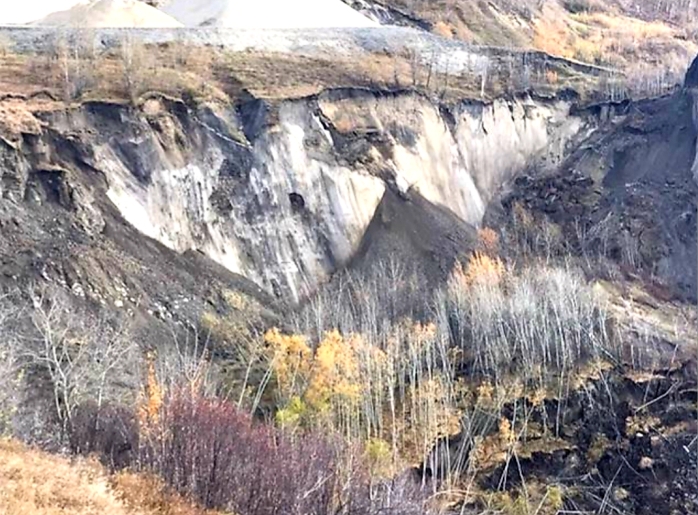 *** here is a look at the diversion portals just below the north bank. The rust coloured stains are from hard water rich in iron oxide seeping from the gravel layer just above. 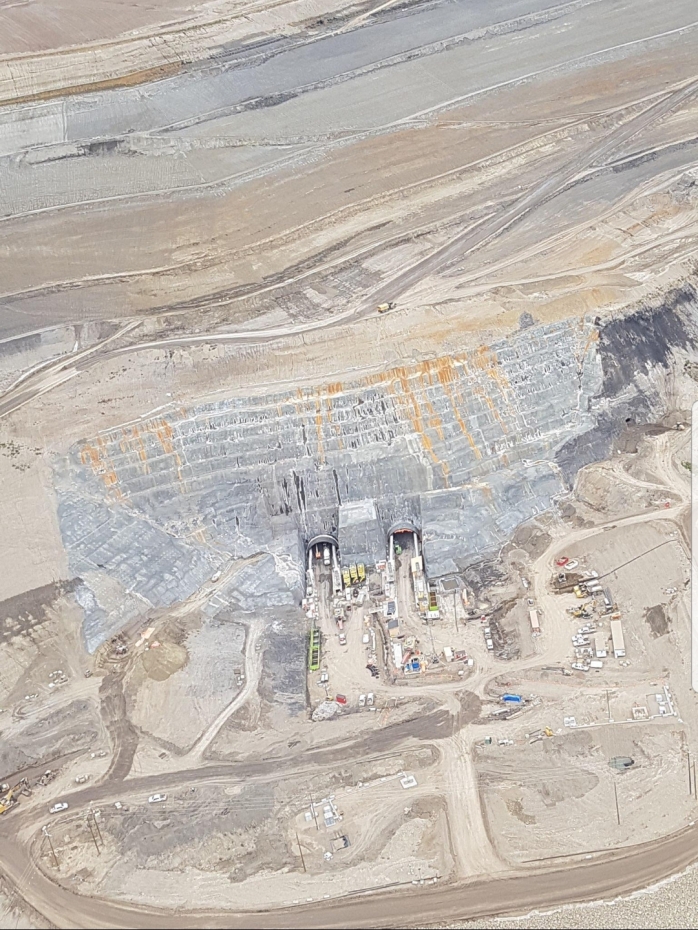 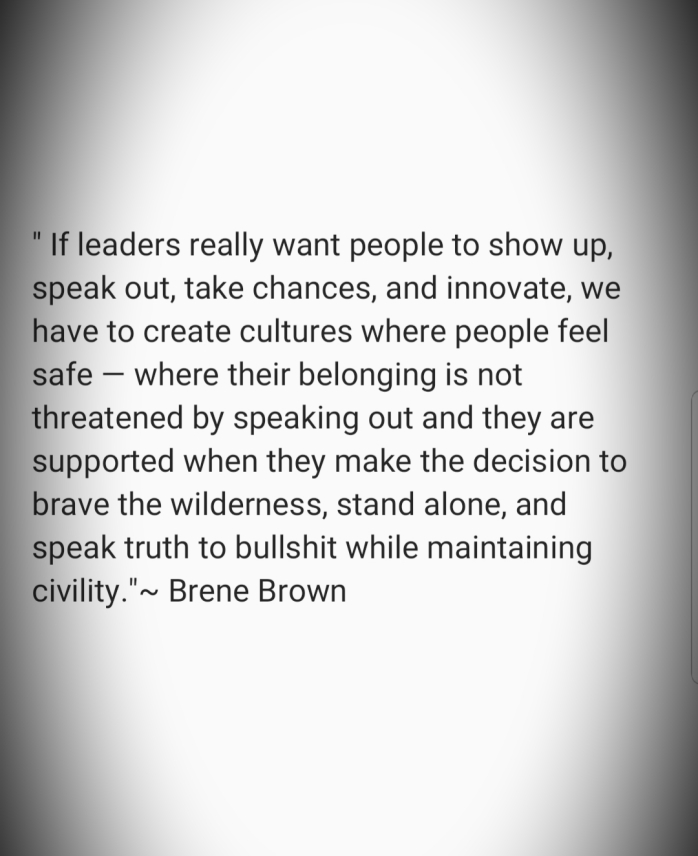 ← Guest post: Journey to the sacrifice zone of site C
Things we are not supposed to speak of when it comes to the new LNG deal in BC… →

40 Comments on “If the land falls down around Site C, does anyone in Victoria hear?”