Shine bright to guide those frozen

In fear of new ways. 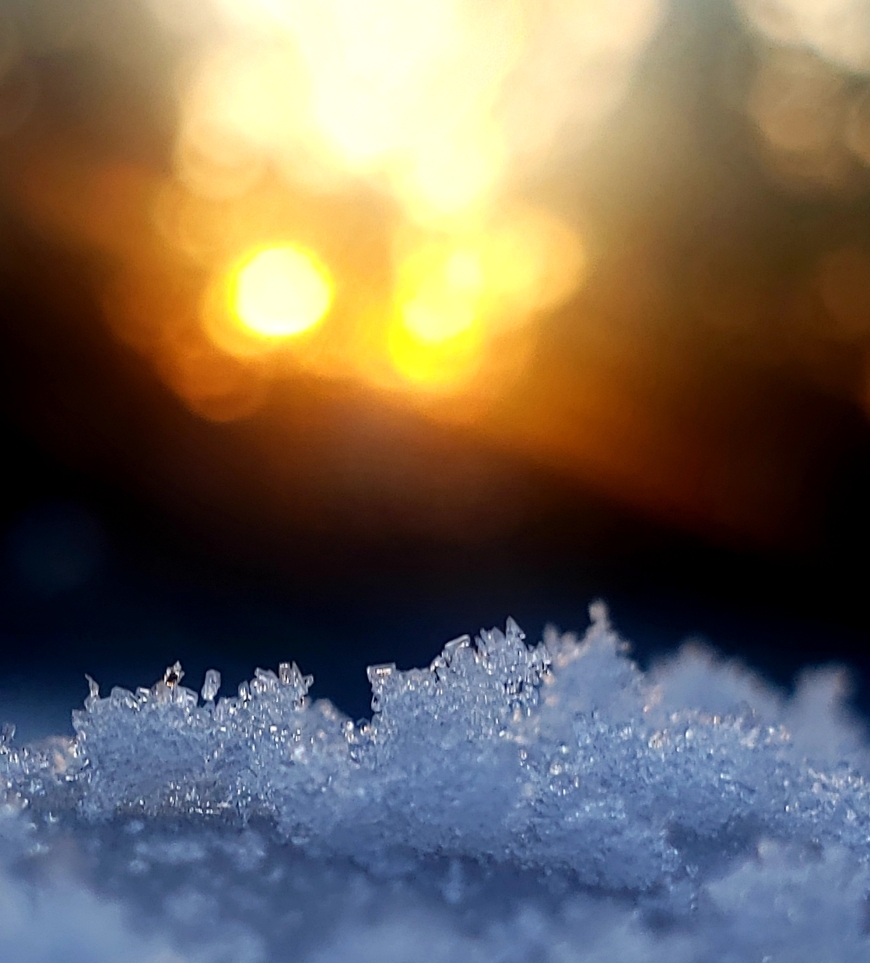 I stepped out carefully onto the frost covered deck early this morning, to hang the hummingbird feeder back out for our local Anna’s hummingbirds that over winter here. The sun was rising through the fir trees along the back and side and transformed everything it touched into sparkling diamonds. Sliding back inside – literally, the deck was a sheet of ice – I grabbed my phone and took this shot. Sun on crystalline snow. Fire and ice. A haiku formed rapidly…a call to warriors of the heart to rise, in government and in our communities, to forge new paths forward in a world of uncertainty. We were stuck home this morning due to the aftermath of the last storm, and now I’ll be quick as we are under another snowfall and wind warning for tonight. While I’m sure all you northern friends stuck in double digit sub-zero temps are laughing at us, trust me, life down here is built to withstand winds and heavy nonstop rain…not freezing cold or snow.

I want to quickly leave a few things for you to go off and read if you drop by. There is so much important news this week not being covered by major outlets in depth.

That’s it. I’m off to batten down the hatches again and spray some more silicone on my shovel…🤣

Don’t forget to check out a couple of other new posts I’ve put up over the last few storms we’ve been sequestered:

2 thoughts on “A Frosty Friday Message”