Things that make you go “Hmmmmm…”

I’m very busy in a side project right now that is incredibly intensive and time consuming, but I saw something recently on Global news that I think needs clarification, from either former Minister of Social Development Don McRae ,Pebble in the Pond,or  Judi Tyabji herself. Because as we know, the truth matters and when ‘it is twisted it makes things look bad.’

On Global BC last week Tyabji appeared with Steve Darling on the morning show to promote her new book. Darling asked her about the controversy over the grant with Pebble in the Pond and the Wild and Woolly partnership, and made reference to her in some manner benefiting from provincial funding.( her wages were paid out of the grant funds to oversee the project)

She replied – and I cannot find tape for this online unfortunately – that this was all federal funding and not provincial, that it was just administered out of an office in Nanaimo. This came under examination in the legislature: http://thetyee.ca/News/2016/03/11/Former-Liberal-MLA-Grant/
Tyabji also recently posted to Facebook again, that the funding came from the federal government in her response to the erroneous Macleans book review:

And she said the same thing about this grant when questioned again on CBC here at about the six minute mark: http://www.cbc.ca/beta/news/canada/british-columbia/programs/ontheisland/judi-tyabji-on-her-new-book-christy-clark-behind-the-smile-1.3612756

But there remains a need for confirmation of this, since both the press release from government at the time the grant was awarded as well as the application for an extension of the grant from Pebble in the Pond, both credit the initiative as having been funded jointly by the province of British Columbia and the federal government…

” In 2014/2015, the ministry has committed to investing $331 million in employment and labour market programs under the Employment Program of BC”

Which to the reader, infers that the $$$ committed in that fiscal year funded this initiative. In fact, it is also listed on the extension documents from Pebble in the Pond that this is funded by this partnership: 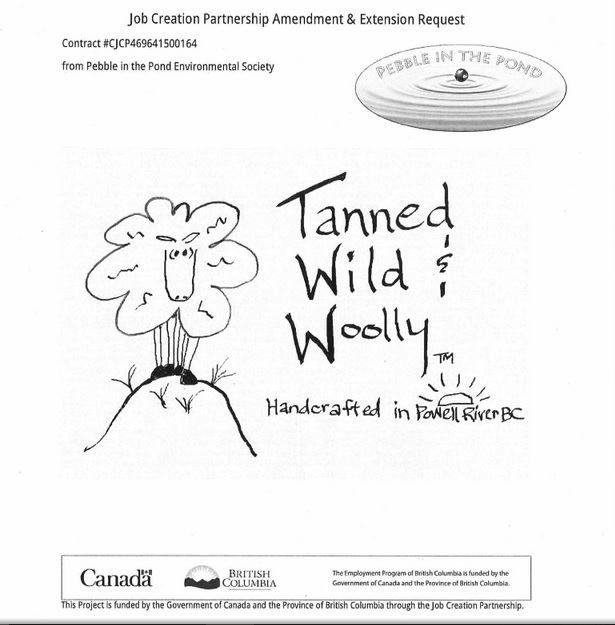 Further to these examples, the facebook page of Wild and Woolly stills states the project is *(was?) funded by both the provincial and federal governments: 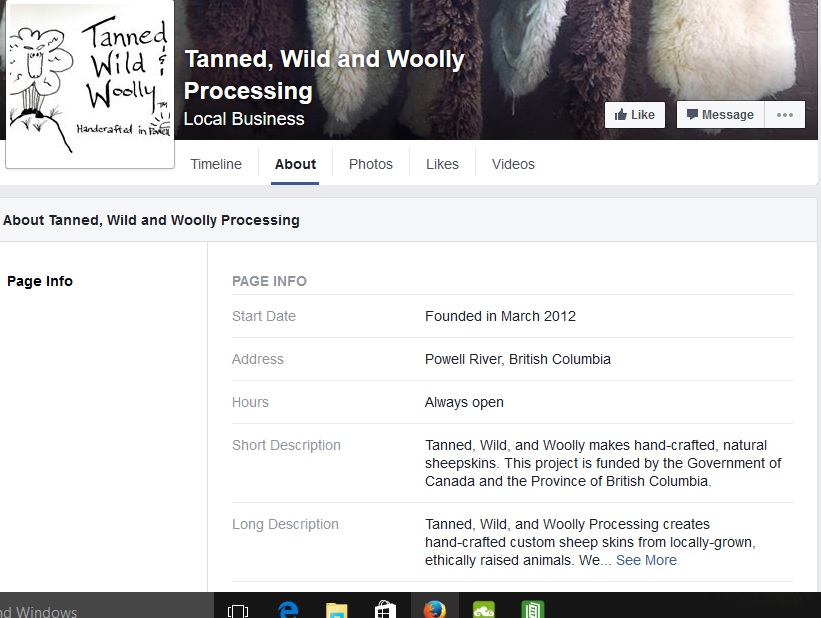 Now, we know how important it is not to have the truth twisted. And despite my efforts, I cannot confirm Tyabji’s statements to several different press outlets,nor can I  locate a breakdown on how much of  the funding Pebble in the Pond received was provincial, and how much was federal. I wondered when the story came out by the NDP earlier this year, and I still wonder considering the recent statement of Tyabji online and in the press.

Government states the press release is accurate, but is not able to provide a breakdown and Tyabji blocked the new Facebook account I had to start earlier this year following my cyber attack, much like she blocked the first after I wrote this: https://lailayuile.com/2013/10/29/a-note-on-political-patronage-and-chronyism/ , a story that did not end as hoped for growers in the Comox Valley and of which many unanswered questions remain there as well.

So, I am asking again: Who is correct in where the funds came from to fund this Wild and Woolly grant? Is the BC government press release correct in that it is a partnership they have committed money to, or is Tyabji correct in stating the grant was all federal funds?

Because again, someone isn’t correct here when you look at the government statement of how much was allegedly committed to funding these job creation initiatives….

Much like someone is not correct when it comes to the this story: http://www.bcveritas.com/index.php/2016/06/06/again-on-the-old-massett-150k-grant-new-information/