I believe that any individual who has spiritually awakened in our time, to the degree that he or she finds a higher and deeper motive for living, is going to be driven to fight the good fight in one way or another.

Whether it is through engaging with the struggle to evolve *democracy or fighting to save *the environment or remove *corrupt governments, the spiritual impulse cannot be separated from the moral compulsion to make the world a better place. And in order to fight the good fight, we have to engage, we have to get into the ring, not just stand outside it and be philosophers.

It takes guts and integrity of motive to fight the good fight.

It takes a passionate interest in life itself.

It’s easy to stand on the sidelines, shaking your head and commenting on how tragic things are. But if you really care, you are going to be in the ring, trying to make the world a better place. And only from that position will your words and your thoughts and your insights have weight.

When you live an engaged life, your sense of self gains depth and power and authority, and your philosophy is no longer abstract. You become a person who can really make a difference, because you are actively participating, you are digging deep, and you are pushing up against the edge of your own potential.

(* indicates words I have substituted for effect)

A pink wash frames Mt. Baker in the southern sky beyond my bedroom window this morning, signalling the start of a new day. I woke very early, laying in the dark thinking about the quote I posted to Facebook last night.

“Our government… teaches the whole people by its example. If the government becomes the lawbreaker, it breeds contempt for law; it invites every man to become a law unto himself; it invites anarchy.” ~Louis Dembitz Brandeis

This morning, I realized I am an Egyptian.

I have had enough of a government that issues press releases touting the “overwhelming success” of the Canada line when the truth is that line is a massive financial burden to taxpayers and in my opinion, has done little to nothing to get cars off the road. The only people who think this project is a success are the concessionaires who are getting a wonderful return on their P3 investment, among them shadow fares based on number of riders and distance travelled. This is fact, not fiction. It is yet another case of hidden debt and monetary excess that we all pay for whether we ride it or not.

For the rest of us, and in particular, Susan Heyes, it is nothing more than another reminder of why this government must go, the sooner the better.

It is a reminder that this government has repeatedly and with great air of entitlement, demonstrated that they are above the same laws the rest of us are beholden to. This it not simply a use of rhetoric on my part, it is fact. I have stacks of research and documents to back this statement up, as do a number of others.

The government has fostered an environment within itself that not only rewards unethical behavior – just don’t get caught – but encourages it by example. The government has committed to transparency and accountability, but has a record of stalling both in any possible way they can.

” We can state unequivocably that there are no shadow tolls on the Sea to Sky.”

” We’ve said all along, the government did not do anything wrong in the sale of BC Rail, it was only about two corrupt criminals and they have admitted their guilt.”

I dare not go on, it might use all my blog space. One look at the 100 reasons Campbell should go above, will also tell you why the rest should depart as soon as possible. There is no difference between any in this group, and nor will electing a new leader change what is going on inside the ministries,because as Tercon vs. BC showed us, it is often the high level ministry contacts that oversee contracts and projects who are well involved in some unethical actions as well.

We are told to put our trust in a national police force that has shown us more than a few times, that even they will conceal, deflect and spin the facts that could have shown us the truth.

We have Liberal corporate friends and associations that think nothing of using their money and power to bully and intimidate people who tell the truth and threaten their current feed at the Liberal trough. Look at how much money these kind of companies are throwing behind Kevin Falcon, skirting his own parties leadership financial limits for campaigning. Look at the movers and shakers on Christy Clark’s team. These are the people who will benefit most from a continuation of the Liberal corporate driven agenda – not you, and certainly not I, nor any other average person in this province.

Look at it. Skyrocketing unemployment, a fake deficit that is far larger than the one the government admits to, and a province in turmoil  and indecision as the two major provincial parties both struggle to choose a new leader as the old one departs and tells reporters he is proud of the feeling he has left with British Columbians…

This is the time to say enough. And mean it. No more settling, no more rationalizing, and no more excuses.

It is not enough to stand on the sidelines and say you watched and supported while others fought for your future. It is not enough to read the stories I bring you and say: ” Wow, that sucks- the government really is corrupt!” because what if next time it is your house in the way of a road? What if it is your business their overbuilt, over-priced  project will run into ruin?

Who will fight for you then?

You must take your future into your own hands and fight for what it right and show this government they work for us – we don’t work for them.

After all, we are all Egyptians. 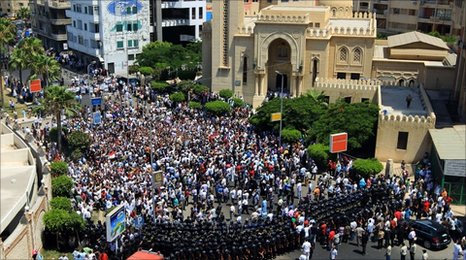 34 thoughts on “We are all Egyptians.”