Yes, new photos in…and no, they aren’t being taken with a drone ( someone asked) , but by air with a telephoto lens. Why? Because the news that the Old Fort slide was caused by bedrock failure really didn’t get much attention and it should have.

Why does this matter you ask?  Because the ‘bedrock’ ( shale ‘bedrock’) BC hydro plans to attach Site C to, is extremely problematic and I wonder if it could fail as dramatically as the Old Fort slide area just downstream did.

” The ground beneath the Old Fort landslide had been moving for months before it finally let go in a massive collapse in September and forced more than 150 residents to evacuate their homes.

The bedrock failed in the area of a gravel pit that had been operating on the hillside above Old Fort, according to Smith. The slide was last estimated at more than eight million cubic metres, and has pushed its way down through a gully beneath the gravel pit and into a back channel of the Peace River.

Evidence so far suggests the ground had been moving for months before its collapse, Smith said.

“This piece of ground has been moving for quite a while before it let go,” he said.

“It’s a pretty big slide. It’s not just what has happened so far.”

Data from a laser light survey technique called LiDAR continues to be collected daily, and recent data hasn’t shown any significant movement of the landslide, Smith said. However, that could change, and winter weather will be a factor.

“The time of year when movement is going to be of the greatest concern is during the periods when we have excessive snowmelt or rain on snow, and the groundwater levels are high,” Smith said.

No doubt. The rain and snowmelt played havoc on the north slope of Site C as well, which is part of what led to the massive tension crack at one point, exactly like what has been seen in the Old Fort Slide.

BC Hydro knows the bedrock at Site C is unstable. Its documented in BCUC documents:

So. You can bet your money on the fact those in charge at Hydro are making damn sure everything is monitored right now regardless of how awesome they say everything is, which brings me back to the new photos I have below. 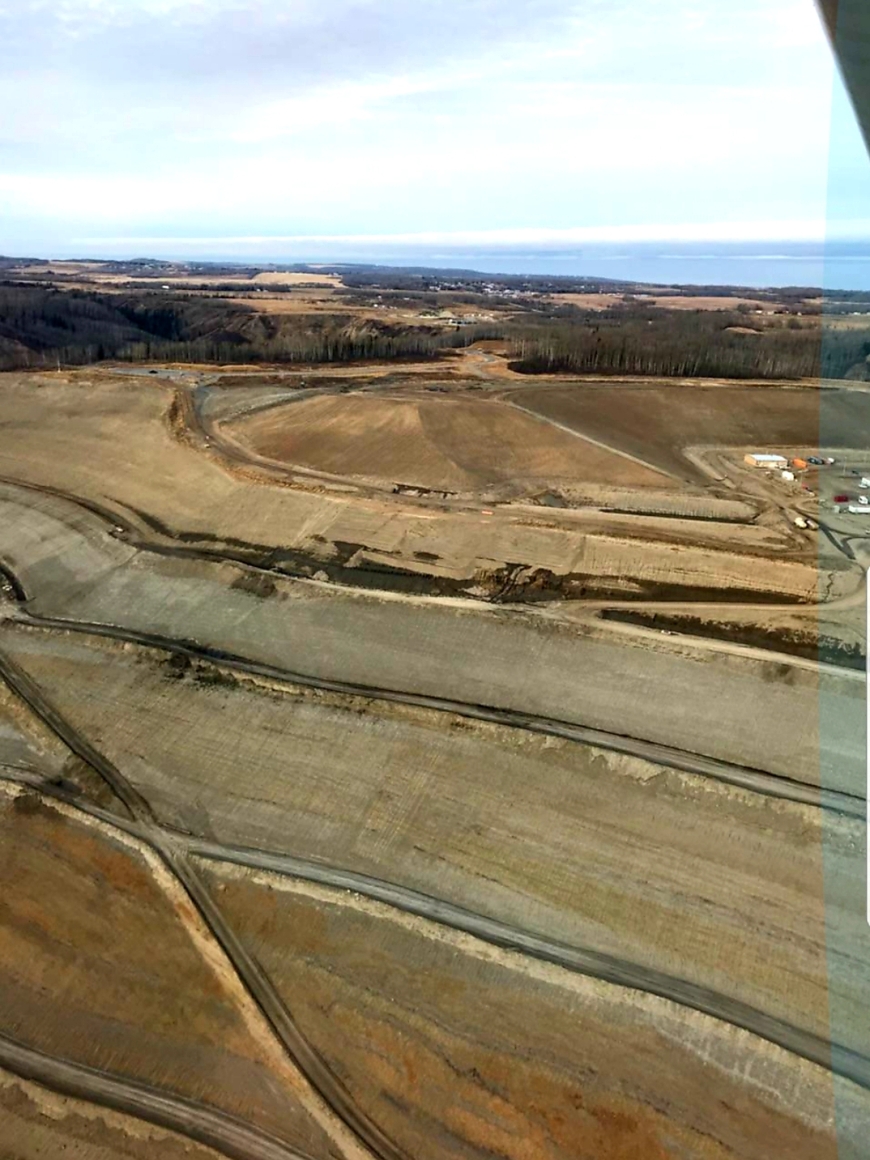 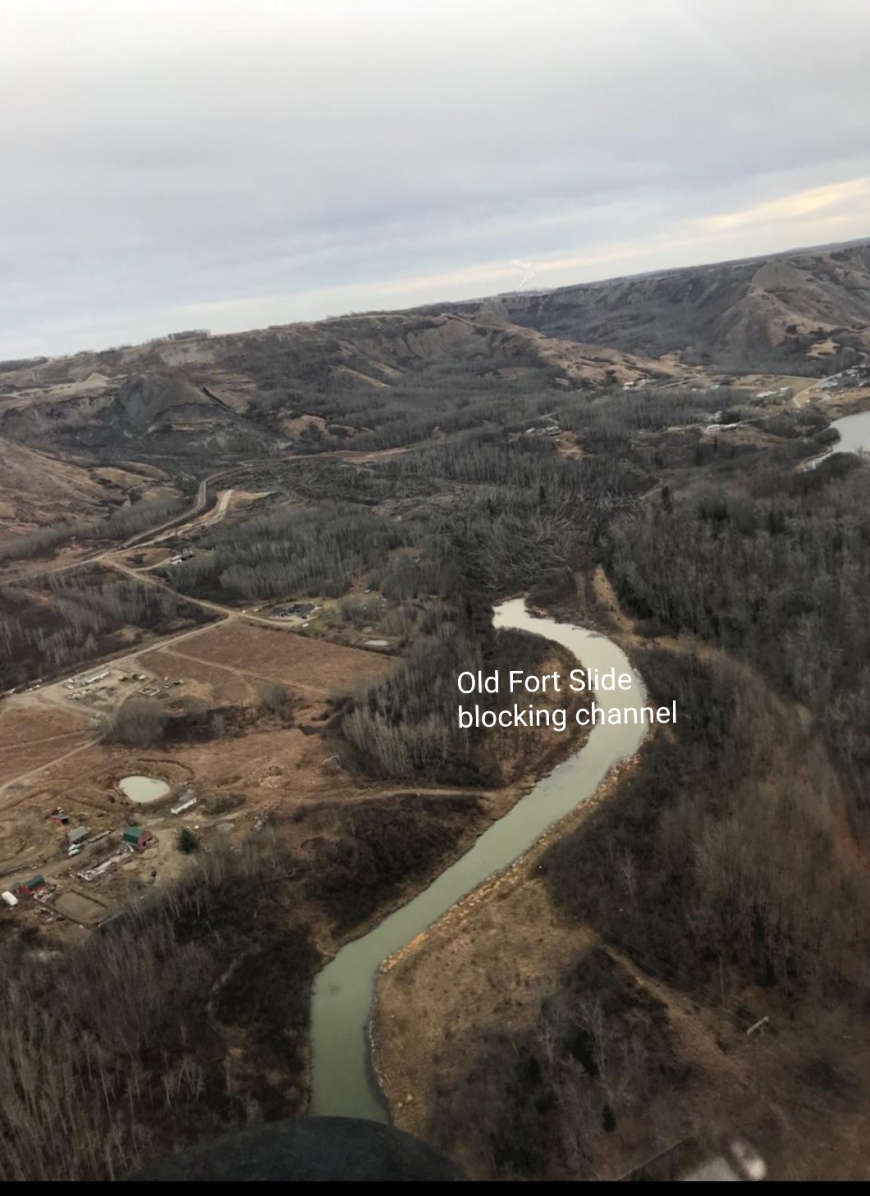 In the first photo you can really see just how close that camp is to the edge of the north slope, above and down from the diversion tunnels. From my source:

Couple shots from yesterday. Lot of vehicles and people looking over the North Bank. Moisture leaking out all over the whole thing. And noticeable right below the camp. Center of one photo shows a bad spot. And the shot of the blocked back channel shows the new road to the old fort.

Ah well, seems like a really stupid place to build a dam with all these unstable soils and even more unstable bedrock, but they are going to keep on building.

And it reminds me again of how eerily Site C continues to follow the path of the ill-fated Muskrat Falls project…which is now undergoing a public inquiry because of what a clusterfuck it is. No one listened to the naysayers ( they were bullied, harassed and called crazy) or even financial experts. A premier won an election campaigning to stop Muskrat…then said it was too far along to stop. And then the hydro CEO even admitted it was the wrong project…but they kept building for the same reason they keep building site c.

Now however, it turns out all those  ‘crazy’ naysayers were right all along..they should have stopped Muskrat Falls when they had the chance.

But there is no comfort in being right…when the wrong is already done. Just like Site C.